Witness, who was 17 at the time of the incident, says she can’t recall specific comment due to PTSD 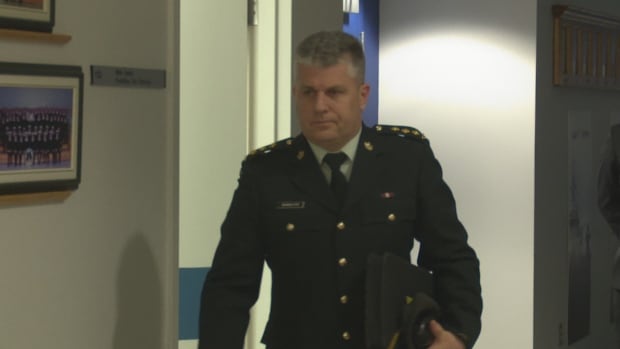 Capt. Todd Bannister, seen above arriving in court on Monday, has been under suspension as commander of a cadet corps in Charlottetown since the unit found out about allegations of inappropriate language directed at two female cadets. (Brian Higgins/CBC)

One of the witnesses in a case against a Charlottetown cadet commander told the court on Wednesday that she was traumatized for years by an alleged comment directed at her when she was a teenaged cadet.

However, she said she didn’t recall the specific comment due to PTSD resulting from the incident.

Capt. Todd Bannister, 46, faces charges related to alleged use of inappropriate language stemming from three alleged incidents beginning in 2012. He’s facing three charges of behaving in a disgraceful manner, and three charges of conduct to the prejudice of good order and discipline.

Bannister has been under suspension as commander of the 148 Charlottetown Royal Canadian Army Cadet Corps since the unit found out about the allegations. Bannister has pleaded not guilty to all the charges.

The 20-year-old former cadet who testified Wednesday said she was 17 at the time of the incident and she and other cadets had gone to the armoury for photos in their prom dresses. She said she posed for a photo alone with Bannister since he was the commanding officer and he allegedly made a comment about her breasts. 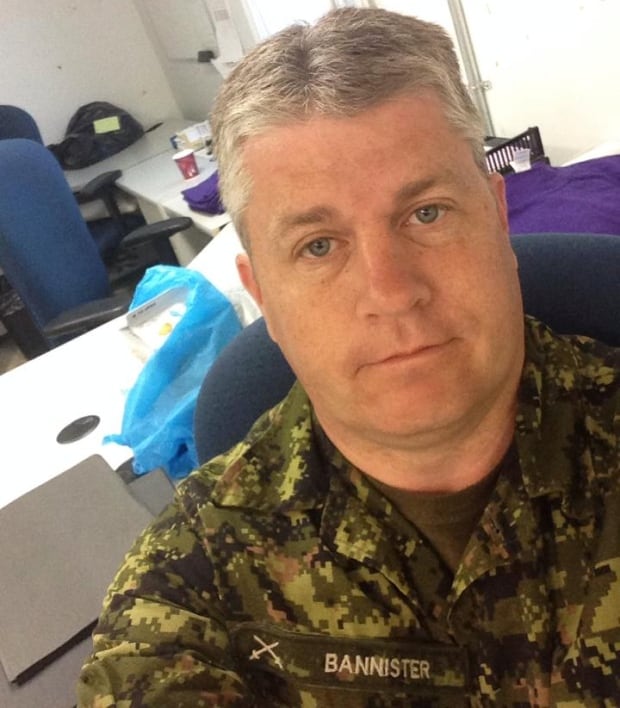 Capt. Todd Bannister is facing six charges, including behaving in a disgraceful manner and of conduct to the prejudice of good order and discipline. He has pleaded not guilty to all the charges. (Facebook)

She testified that she didn’t remember the comment specifically but that others, including her mother, claim to have heard and reacted to it. Her mother was the person who filed the complaint against Bannister in this incident and she is slated to testify on Thursday.

“I don’t remember what was said, but I heard my mom say ‘Whoa, Capt. Bannister. That was way inappropriate,'” she testified.

The witness also testified her memory loss is a symptom of PTSD, which was diagnosed in the last few months.

“I completely believe my mom,” she said. “I don’t know what the comment was, but I know what happened afterwards.”

The witness transferred to two different units after the incident.

In cross examination, the defence lawyer questioned the validity of that diagnosis and suggested the witness only remembered the incident because she was told about it.

The court martial, being held at HMCS Queen Charlotte in Charlottetown, is slated to run five days.