By waddingtonweb On April 14, 2018 · Add Comment · In Court Martial Results 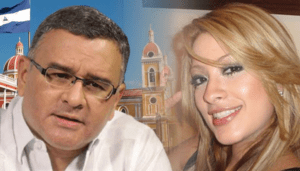 Since the 1980s, the USA has worked with El Salvador to confront terrorism, drug trafficking, and human rights abuses. In 2009, Mauricio Funes was elected President. Funes is an anti-American communist. In many of his speeches, he bashes the United States.

In 2017, Funes was convicted of various crimes, including corruption. He then fled to Honduras with his mistress, Ada Mitchell Guzmán Sigüenza, the Kim Kardashian of El Salvador.

During his reign, the United States gave the country over $119 million a year in Federal Aid. As part of that aid, the Salvadorian President reluctantly agreed to have a small US military footprint. Despite the aid, US/Salvadorian relationship was at a historic low. The President took US money but did not want US involvement. After his election, the US Special Forces footprint in El Salvador was reduced to one man, our client. Our client was not a welcome guest. 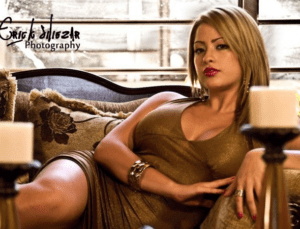 When he moved to El Salvador, he was given a small house on the Salvadorian base. Soon after arriving, he interviewed a local Salvadorian housekeeper and hired her to clean his house. This woman was connected to the El Salvadorian Army and knew many soldiers on the base.

After he hired her, they had sex. He drove her home, off base, and they parted ways. The housekeeper was supposed to report for work the next morning. Later that evening, the housekeeper called and tried to renegotiate the terms of their agreement. She wanted more money and fewer hours of work. Our client told her “no” and said that if she was not at work the next day at 0600 hours, then she was fired. The woman called back and argued for more money. Then, our client fired her. This was the woman’s only employment and she was paid a good wage in US currency, especially compared to local housekeepers.

Blame the Yankee: An International Incident

The woman got upset and told her husband that an American soldier “me abuso.” Her husband then beat and raped her to reclaim his honor (this came out in court on cross-examination). The woman then called the Salvadorian base commander, a Colonel, and asked him for help getting her job back. She told the Colonel that the American “me abuso.” The woman was interviewed by multiple people and the story grew over time. Then, the US Embassy and Salvadorian government got involved. The case involved the highest levels of the Salvadorian government and US State Department as calls to arrest and prosecute the American soldier grew. As rumors spread and local soldiers were interviewed, the situation spiraled out of control. Our client’s life was in danger and he was secretly evacuated from El Salvador at night. 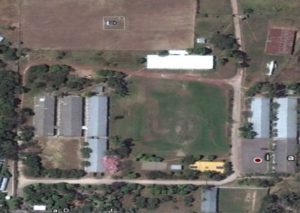 Ariel view of the Salvadorian Commando Base that we used at trial.

When NCIS showed up, they interviewed the woman. However, their Spanish speaking skills were poor. In their interview, the woman told NCIS that the American “me abuso.” In their report, NCIS wrote that our client violently raped and sodomized her. Later, the woman described the incident as a violent bloody struggle. NCIS took her to see a Salvadorian doctor who did a Rape Test kit. In the examination, the doctor allegedly found injuries to the vagina and anus. The doctor pinned the injuries on our client and claimed that the husband could not have caused the injuries, “because they were married.”

In the NCIS report, there was physical evidence, DNA, and numerous witnesses ready and willing to hang our client. The El Salvadoran Government wanted our client in jail. To appease the Salvadorans, the American Government spared no expense to win this case. It became an international incident between the US & El Salvador and their government used it to prove that Americans are bad. Losing this case was not an option for the US Government.

Before this case went to trial, the US Government tried to make amends by hiring the alleged victim to work at the US Embassy. 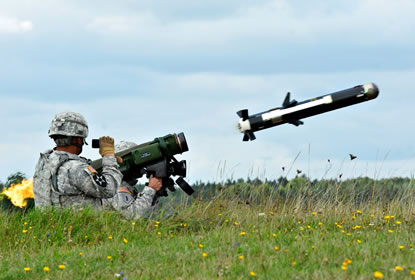 After the investigation started, our client took and passed a polygraph and provided evidence to prove his innocence to the US Government. SOUTHCOM disregarded all of his evidence and fought to suppress it at trial. They wanted to make an example out of this soldier and gain favor with El Salvador by sacrificing one of their own.

To gain an upper hand, the prosecution denied almost all defense witnesses. However, they flew up numerous Salvadoran witnesses and Americans from across the USA to testify against our client. They also brought the Salvadoran doctor who fought Mr. Waddington on every question, even simple ones.

At trial, the Army translator was not a native Spanish speaker. During the testimony, he improperly paraphrased the “victim’s” testimony and misinterpreted multiple words and phrases. Mr. Waddington and several jurors spoke Spanish and we caught and corrected his mistakes.

To further stack the deck, the Army appointed one of the top Special Victim Prosecutors (SVP) in the DoD. Then, they brought in a nationally known civilian prosecutor and expert in sexual assault prosecutions (similar to Nancy Grace) to work with the prosecution and get a conviction.

Mr. Waddington and Captain Dustin Murphy, along with legendary DNA expert, Dean Wideman, mounted a defense for our client with limited resources. Our client testified in his defense and crushed the prosecutor on cross-examination. We proved that the alleged victim was a hustler and liar, her husband raped her, and that the DNA evidence proved our client’s innocence.