Scientific Evidence in a Military Court-Martial

DNA (USACIL has new staff dedicated to Military Sex Crimes and Sexual Assault); DNA can be found on buttons, clothing, belts, bed sheets, floor, sometimes even on door handles; consult or learn where it may be found; even late reports or washed clothing can yield DNA; 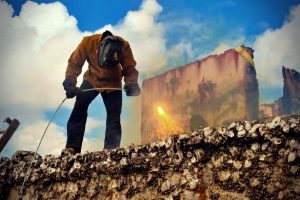 Test the evidence (consult with USACIL, but decide for yourself what needs to be tested