Information on preferral of charges R.C.M. 307:

Charges are formally made against an accused when signed and sworn to by a person subject to the UCMJ (known as “the accuser”). This procedure is called “preferral of charges.” Charges are preferred by executing the appropriate portions of the charge sheet. MCM, Appendix 4-1. Implicit in the preferral process are several steps.

Personal data. Block I of page 1 of the charge sheet should be completed first. The information relating to personal data can be found in pertinent portions of the accused’s service record or other administrative records.

The charges. Block II of page 1 of the charge sheet is then completed to indicate the precise misconduct involved in the case. Each punitive article found in Part IV, MCM, contains sample specifications. A detailed treatment of pleading offenses is contained in the Criminal Law Deskbook, Volume II, Crimes and Defenses.

Accuser. The accuser is a person subject to the UCMJ who signs item 11d in block III at the bottom of page 1 of the charge sheet. The accuser should swear to the truth of the charges and have the affidavit executed before an officer authorized to administer oaths.

Oath. The oath must be administered to the accuser and the affidavit so indicating must be executed by a person with proper authority. Article 136, UCMJ, authorizes all judge advocates, summary courts-martial officers, all adjutants, and legal officers to administer oaths for this purpose. No one can be ordered to prefer charges to which she cannot truthfully swear. Often, the trial counsel will administer the oath. When the charges are signed and sworn to, they are “preferred” against the accused. This step also starts the speedy trial clock. 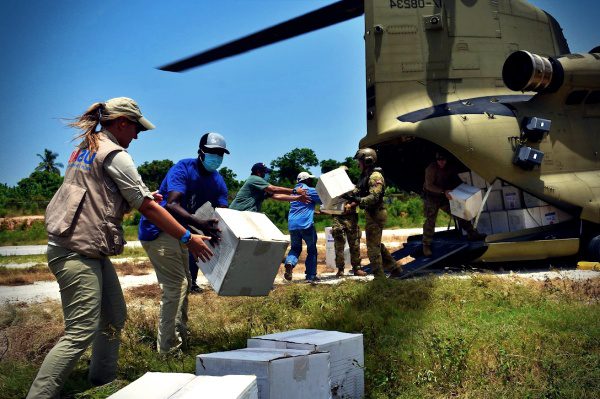 Referral of Charges. Once the charge sheet and supporting materials are presented to the SCMCA and she makes her decision to refer the case to a SCM the case is referred. The procedure to accomplish referral is by completing item 14 in block V on page 2 of the charge sheet. The referral is executed personally by the SCMCA.