Overview of the exception: good faith:

General rule. Evidence is admissible when obtained by police relying in good faith on facially valid warrant that later is found to lacking probable cause or otherwise defective.

United States v. Leon , 468 U.S. 897 (1984). Exclusionary rule was inapplicable even though magistrate erred and issued warrant based on anonymous tipster’s information which amounted to less than probable cause.

United States v. Leon, 468 U.S. 897 (1984). Good faith exception does not apply, even if there is a search warrant, where: Police or affiant provide deliberately or recklessly false information to the magistrate (bad faith by police); Magistrate abandons his judicial role and is not neutral and detached (rubber-stamp magistrate); Probable cause is so obviously lacking to make police belief in the warrant unreasonable (straight face test); or, The place or things to be searched are so clearly misidentified that police cannot presume them to be valid (glaring technical deficiencies).

Good faith exception applies to searches authorized by a commander.

Good faith exception applies to searches authorized by military magistrate. United States v. Carter , 54 M.J. 414 (C.A.A.F. 2001). Regardless of whether the military magistrate had a substantial basis to issue an authorization for a blood sample, the CID SA acted in good faith in collecting the sample, and it was admissible.

The good faith exception applies to more than just “probable cause” determinations; it may also save a search authorization where the commander who authorized the search did not have control over the area searched.

On-post searches. United States v. Mix , 35 M.J. 283 (C.M.A. 1992). The good faith exception applied where a commander had a good faith reasonable belief that he could authorize a search of an auto in a dining facility parking lot, even though the commander may not have had authority over the parking lot. 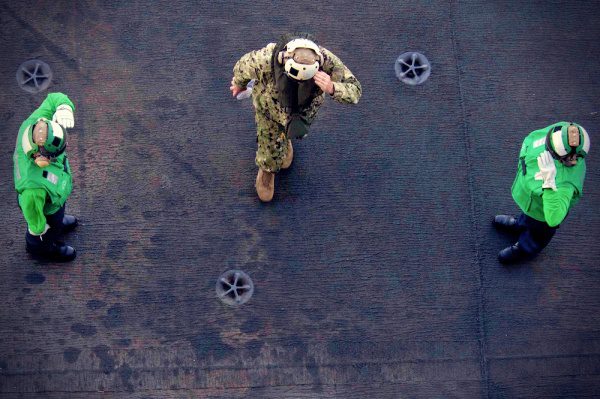 United States v. Chapple , 36 M.J. 410 (C.M.A. 1993). The good faith exception applied to search of accused’s off-post apartment overseas even though commander did not have authority to authorize search because accused was not in his unit.

The good faith exception may apply even when a warrant has been quashed. Arizona v. Evans , 514 U.S. 1 (1995). The exclusionary rule does not require suppression of evidence seized incident to an arrest based on an outstanding arrest warrant in a police computer, despite the fact the warrant was quashed 17 days earlier. Court personnel were responsible for the inaccurate computer record, because they failed to report that the warrant had been quashed.

Arizona v. Evans rule expanded in Herring v. United States , 129 S. Ct 695 (2009). Exclusionary rule does not apply when police officers rely on arrest warrant from a different county that had been recalled, but never removed from a shared computer database due to negligence by other county’s police officers. Exclusionary rule has no deterrent value when police mistakes are the result of negligence, rather than deliberate violations or “systemic error or disregard of constitutional requirements.”

But cf. United States v. Maxwell , 45 M.J. 406 (C.A.A.F. 1996). Anticipatory search of e-mail by online company, at behest of government and prior to service of warrant shows “no reliance on the language of the warrant for the scope of the search.” Thus, good faith exception was not applicable. Evidence suppressed.