What is Larceny under Article 121, UCMJ?

That the accused wrongfully took, obtained, or withheld property (not services) from another. The taking, obtaining or withholding is wrongful if done without the knowing consent of the owner or other lawful authority.

Taking an unexpired credit card found on a public sidewalk was larceny of lost property by wrongful taking since the card contained a clue as to the identity of the owner.

Electronic transfers as a “taking.”

When Congress authorized basic allowance for housing for service members with “dependents,” it did not intend to include a person linked to a service member only by a sham marriage. A marriage, as intended by Congress, is an undertaking by two parties to establish a life together and assume certain duties and obligations. A marriage entered into solely for the purpose of obtaining government benefits is a sham marriage and not entitled to B.A.H.

Procuring casual pay by misrepresentation or failing to inquire into the legitimacy of casual pay does not amount to larceny by false pretenses. Evidence that the accused falsely declared his wife as a dependent and entered a false address for her in order to obtain increased B.A.Q. and V.H.A. allowances and had not paid support to her since their separation several years earlier, sufficiently established that the accused misrepresented existing intention in applying for benefits to support larceny conviction of obtaining by false pretenses). Defrauding an insurance companies by killing insured or intentionally destroying property in order to collect insurance proceeds is larceny by false pretenses. 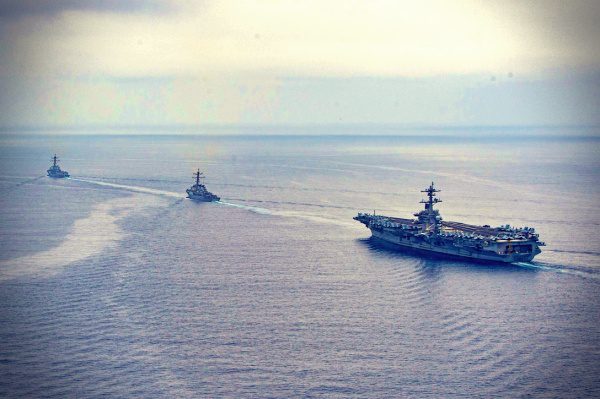 A “withholding” may arise as a result of a failure to return, account for, or deliver property to its owner when a return, accounting, or delivery is due, even if the owner has made no demand for the property; or it may arise as a result of devoting property to a use not authorized by its owner. Generally this is so whether the person withholding the property acquired it lawfully or unlawfully.

Withholding of unauthorized pay or allowances.

These cases differ from the cases annotated above in which unauthorized pay and allowances are obtained by false pretenses. The withholding cases discussed here involve either government error or a change in the serviceman’s status, which effects his continued entitlement to the pay or allowance. The property is obtained lawfully.

An unauthorized assumption and exercise of the right of ownership over goods or personal chattels belonging to another, to the alteration of their condition or the exclusion of the owner’s rights.

That the property described belonged to a person other than the accused.

a) The “owner” is the person or entity with the superior right to possession.
b) Debts or the administrative costs associated with a larceny are not the proper subjects of a larceny.
c) Erroneous allegation of ownership not a fatal defect.
d) To be guilty of larceny, accused must take property from one having a superior possessory interest.

That the property in question was of a value alleged, or of some value.

Concurrence of intent and wrongful act.

Intent may be proved by circumstantial evidence.

Wrongful appropriation of government property requires a specific intent to deprive the government or a unit thereof of more than mere possession of its property.