Property Need Not Have Been Personally Issued 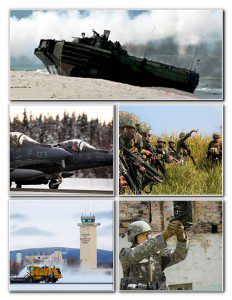 The purpose of Article 108 is to ensure that all military property, however obtained and wherever located, is protected from loss, damage, or destruction. As such, all persons subject to the UCMJ have an affirmative duty to preserve the integrity of military property. United States v. O’Hara , 34 C.M.R 721 (N.B.R. 1964).

Disposing of military property by any meansother than sale is an offense under Article 108 if such disposition is made without proper authority. For example, giving military property away without proper authorization constitutes an offense under this article. It makes no difference if the surrender of the property is temporary or permanent. United States v. Banks , 15 M.J. 723 (A.C.M.R. 1983), aff’d, 20 M.J. 166 (C.M.A. 1985); See also United States v. Reap , 43 M.J. 61 (1995) (accused who gave another marine a starlight scope and tool boxes outside of regular supply channels and without receipts was guilty of violating Article 108 when he had no color of authority to distribute the supplies).

Military property does not include: