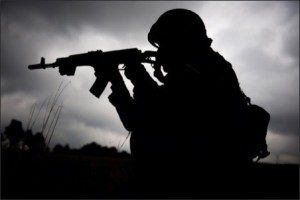 1. The offense must be committed while the reservist has military status. See, United States v. Chodara, 29 M.J. 943 (A.C.M.R. 1990) (Reserve Component warrant officer ordered to AD for training; provided urine sample that tested positive for cocaine pursuant to a urinalysis administered within 36 hours of initiation of AD period. Held: no subject matter jurisdiction because the government failed to prove beyond a reasonable doubt that the accused was subject to the UCMJ at the time he “used” the cocaine). But see, United States v. Lopez, 37 M.J. 702 (A.C.M.R. 1993) (in a case where accused on AD for several months before given urinalysis, the court, in dicta, questioned the validity of the Chodara decision). See also, United States v. Smith, Case No. 9500065, WL35319910, (unpub.) (Army Ct. Crim. App. 1998) (holding there was no federal court-martial jurisdiction over an offense that the accused allegedly committed while he was enlisted in the Mississippi National Guard).

3. Jurisdiction may exist outside the parameters of the orders. United States v. Phillips, 58 M.J. 217 (2003). The accused was a reserve nurse ordered to perform her two-week annual training from 12-23 July 1999. Her orders authorized her one travel day (11 July) to get to her duty station. The accused traveled to her duty station on 11 July and checked into her government quarters. That evening, she consumed some marijuana brownies that she had brought with her from home. The accused tested positive for marijuana as part of a random urinalysis test conducted on 16 July. On appeal, the accused argued that the court lacked jurisdiction over her wrongful use of marijuana, because the use occurred prior to the start of her two-week active duty period. The CAAF disagreed and affirmed AFCCA’s decision holding that jurisdiction existed over all of the offenses. The CAAF held that jurisdiction existed pursuant to Art 2(c), UCMJ, which “by its express terms, establishes a specific analytical framework.”

Applying a two-step analysis, the CAAF first held that the accused was “serving with” the armed forces on 11 July, because she was a reservist traveling to her duty station pursuant to orders issued for the purpose of performing active duty, she occupied government quarters, and she received compensation in the form of travel reimbursement, retirement credit, and base pay and allowances.

For the second step in the analysis, the CAAF applied Art 2(c)’s four-part test, finding that on 11 July the accused: (1) submitted voluntarily to military authority; (2) met the minimum age and mental qualifications; (3) received pay and allowances; and (4) performed military duties by traveling to her duty station. The CAAF emphasized that “[t]he fact that her orders did not require her to report to a specific organization until July 12 does not detract from her voluntary performance of the duty, pursuant to orders, to travel on July 11.”

4. Offenses committed as part of the accused’s “official duties” may be subject to court-martial jurisdiction even where the accused is not on active duty. See United States v. Morse, No. ACM 33566, 2000 CCA LEXIS 233 (A.F. Ct. Crim. App. Oct. 4, 2000) petition for grant of review denied, 2001 CAAF LEXIS 1021 (Aug. 24, 2001)  (finding subject matter jurisdiction existed even if the reserve officer signed his false travel vouchers after he completed his travel following active duty or inactive duty training).

5. If a member of the National Guard is performing duties in a Title 10 status, a unit or commander in Title 32 status does not have jurisdiction over him. In United States v. Dimuccio, 61 M.J. 588 (A.F. Ct. Crim. App. 2005), the appellant was a member of the Air National Guard in Arizona who had been mobilized under Title 10 and was performing duty at Davis-Monthan Air Force Base. The commander of his Air National Guard unit, while in Title 32 status, ordered a unit urinalysis inspection of the appellant’s Air National Guard unit during a Unit Training Assembly. The appellant submitted to the inspection and had a positive result for cocaine metabolites. He subsequently confessed. The military judge suppressed the urinalysis and the confession, ruling that while in a Title 10 status and attached to another unit, the appellant was not subject to an inspection ordered by a commander from a unit that was in Title 32 status. The AFCCA affirmed.

6. Jurisdiction “is an interlocutory issue, to be decided by the military judge, with the burden placed on the Government to prove jurisdiction by a preponderance of the  evidence.” United States v. Oliver, 57 M.J. 170 (2002). The CAAF found that the medical records submitted on appeal established that the accused had been retained on active duty beyond the expiration of his orders, thus satisfying subject-matter jurisdiction over the offense.