False Accusations of Sexual Assault in the Military & Why Are They So Common?

Anyone subject to the code is prohibited from attempting to coerce or improperly influence the court-martial or the members, or a convening, reviewing, or approving authority in with respect to his judicial acts. Art. 37(a); R.C.M. 104(a)(2).

CAAF has used a “mantle of authority” test. The best way to interpret this cases is to say that former leaders, peers, and subordinates of potential witnesses generally do not commit UCI when they discourage someone from supporting an accused. Someone needs to use their rank or status to try to influence the action – friendship, neutral mentorship, or peer pressure is not enough. United States v. Ayala, 43 M.J. 296 (C.A.A.F. 1995).

The court cited United States v. Strambaugh, 40 M.J. 208 (C.M.A. 1994) for that proposition. In that case, the alleged UCI came from the peers of a lieutenant. The court clearly included convening authorities, commanders, and staff judge advocates in the category of “mantle of authority” but excluded peers.

The dissent noted that the majority’s reasoning was “fatally flawed” because Article 37(a) clearly states that anyone can commit this kind of UCI. 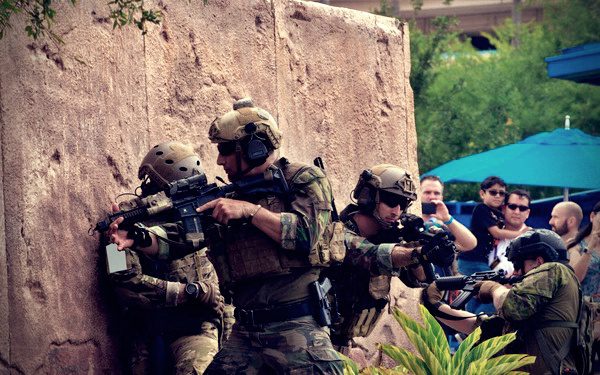 Relationship of UCI to Pretrial Punishment

The facts of a case might implicate both Article 37 (UCI) and Article 13 (Pretrial Punishment). Generally, in order for facts that would satisfy Article 13 to also satisfy Article 37, there needs to be some connecting between the disparaging remarks or treatment and the reluctance of witnesses to appear, the accused feeling forced into entering a plea agreement, or an impact on the actual panel members. See United States v. Stamper, 39 M.J. 1097 (A.C.M.R. 1994); United States v. Cruz, 25 M.J. 326 (C.M.A. 1987).

Relationship between UCI and convening authority disqualification in post-trial matters

If a convening authority has otherwise engaged in unlawful command influence, particularly for communicating an inflexible attitude toward punishment or clemency, then he or she might later challenged on the post-trial action for lack of impartiality. See United States v. Glidewell, 19 M.J. 797 (A.C.M.R. 1985); see generally United States v. Walker, 56 M.J. 617 (A.F. Ct. Crim. App. 2001); United States v. Davis, 58 M.J. 100 (C.A.A.F. 2003). Note that this disqualification is based on a different source of law than UCI.

Someone who commits UCI in a court-martial could be punished under Article 98 (Noncompliance with procedural rules). While UCI is a court-martial concept (see generally United States v. Ashby, 68 M.J. 108 (C.A.A.F. 2009)), someone who commits something similar to adjudicative UCI in an administrative proceeding could be punished under Article 134 (Wrongful interference with an adverse administrative proceeding).

While UCI is generally related to the trial itself, the accused can argue that documents submitted in sentencing (like Article 15s) were themselves tainted by UCI and so should not be admitted. The theory is that the admission of tainted documents might infect the later trial.

United States v. Lorenzen, 47 M.J. 8 (C.A.A.F. 1997).During sentencing phase of trial, the defense litigated the admissibility of NJP based on a claim of unlawful command influence. The service court said that if the appellant had wanted to contest the UCI issue, he could have turned down the Article 15. CAAF disagreed. An accused does not waive UCI issues related to an Article 15 by accepting the Article 15 as his forum. However, in this case, there was no prejudice.