United States v. Gore, 60 M.J. 178 (C.A.A.F. 2004). Prior to trial, the defense attempted to obtain character witnesses but was prevented from doing so due to unlawful command influence on the part of the convening authority, a naval commander. The military judge conducted Biagase analysis, found UCI, and applied the remedy of dismissal of the charges and specifications with prejudice. The NMCCA agreed that there was UCI, but “concluded that the military judge abused his discretion in fashioning a remedy,” and ordered the military judge to “select an appropriate remedy short of dismissal.”

CAAF applied the abuse of discretion standard of review and “recognizes that a judge has a range of choices and will not be reversed so long as the decision remains within that range.” While the court has long held that dismissal is a drastic remedy, “dismissal of charges is appropriate when an accused would be prejudiced or no useful purpose would be served by continuing the proceedings.” The MJ “precisely identified the extent and negative impact of the [UCI] in his findings of fact.” The MJ further concluded the Government failed to prove that the UCI had no impact on the proceedings. The MJ explained why other remedies were insufficient.

United States v. Stombaugh, 40 M.J. 208 (C.M.A. 1994). An officer witness for the accused testified that members of the Junior Officers Protection Association (JOPA) pressured him not to testify. This did not amounted to UCI because JOPA lacked “the mantle of command authority” but may have been obstruction of justice. A petty officer also was harassed by someone who outranked him and advised not to get involved. This did amount to UCI, but that UCI was harmless beyond a reasonable doubt.

United States v. Gleason, 43 M.J. 69 (C.A.A.F. 1995). A sergeant major was put on trial for, among other things, contacting a retired soldier to kill captain who reported him for misconduct. The service court found: “there was no single act on which to hang the label of unlawful command influence. Rather, it was a command climate or atmosphere created by the action of [the commander]. His actions of relieving the command structure of Company B without explanation; the characterization of the defense counsel as the enemy; returning the appellant to Okinawa in chains and under guard and placing him in the brig and requiring unit members to receive command permission to visit him; the inspections and unit lock downs without explanation; adverse officer efficiency reports and reliefs of individual [sic] without explanation shortly after testifying for the appellant created . . . a pervasive atmosphere in the battalion that bordered on paranoia. We find that the command climate, atmosphere, attitude, and actions had such a chilling effect on members of the command that there was a feeling that if you testified for the appellant your career was in jeopardy.” CAAF agreed, found that UCI pervaded entire trial, and set aside the contesting findings and sentence.

United States v. Levite, 25 M.J. 334 (C.M.A. 1987). The chain of command briefed members of the command before trial on the “bad character” of the accused, to include disclosing his unit file. During trial, the 1SG “ranted and raved” outside the courtroom about NCOs condoning drug use. After trial, NCOs who testified for the accused were told “that they had embarrassed” the unit. Court found UCI necessitated setting aside findings of guilt and the sentence.

United States v. Newbold, 45 M.J. 109 (C.A.A.F. 1996). Ship commander held all-hands formation at which he referred to four sailors accused of rape as “rapists,” “scumbags” and “low-lifes.” He repeated this at additional formations and in meetings with woman crewmembers. CAAF found no UCI because the commander was not a convening authority, no panel members were drawn from the ship in question, there was no allegation that the accused was deprived of witnesses, and the UCI did not cause the accused to plead guilty.

United States v. Plumb, 47 M.J. 771 (A.F. Ct. Crim. App. 1997). The appellant was a captain in the Air Force Office of Special Investigations (AFOSI). He was accused of fraternization, adultery, and conduct unbecoming. AFOSI agents (in this case, members of the appellant’s chain of command or otherwise agents of the commander) pressured, harassed, targeted for prosecution, and otherwise interfered with and intimidated defense witnesses. The court agreed with the trial judge that the defense presented some evidence of UCI but said that the trial judge did not do take enough remedial measures to ensure that there was no appearance that UCI affected the proceedings, and here, where there was such a large volume of potential UCI issues, that was needed. The court reversed the findings.

United States v. Bradley, 48 M.J. 777 (A.F. Ct. Crim. App. 1998) (following remand to Dubay hearing in United States v. Bradley, 47 M.J. 715 (A.F. Ct. Crim. App. 1997). A potential defense witness called the OSJA to find out where to go for trial. The person who answered the phone was the SJA, who identified himself. The defense witness then began asking questions about the case, which the SJA answered appropriately. After hearing about the case, the defense witness said that he might now not want to testify. The SJA then realized he was talking to a defense witness and said he had to testify and that it was not his intention to dissuade the witness from testifying. The court found that because the witness was the one that initiated the questions and because the SJA gave the witness appropriate instructions, there was no UCI.

United States v. Clemons, 35 M.J. 770, 772 (A.C.M.R. 1992). Prior to the court-martial, the battalion commander called in three potential defense witnesses and told them that they needed to be careful who they were character references for. The military judge found UCI and ordered several remedies. The court found that the military judge’s remedies prevented the proceedings from being tainted. 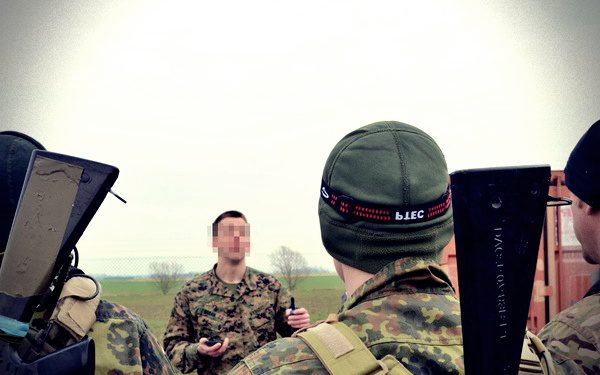 United States v. Francis, 54 M.J. 636 (A. Ct. Crim. App. 2000). Accused’s squad and platoon leaders told other NCOs and soldiers in the unit to stay away from the accused and they feared “trouble by association.” Without ruling that those facts did or did not amount to some evidence of UCI, the court found that the government satisfied its burden under Biagase.

United States v. Rivers, 49 M.J. 434 (C.A.A.F. 1998) (companion case to Griffin, discussed in the Accusatorial UCI section, below). In addition to a command policy letter that has UCI issues (but which was quickly remedied), the battery commander said at a PT formation that there were drug dealers in the battery and that Soldiers should stay away from those involved with drugs. The CG ordered a 15-6 investigation when he learned about that and the company commander retracted his statements at another formation. Later, the trial counsel directed that the command should interview some potential alibi witnesses and had the commander read the witnesses their rights. The military judge conducted exhaustive fact finding and found no actual UCI. CAAF said that it had no reason to believe that the military judge was affected by UCI, and the appellant had not raised an issue that he chose a judge alone trial because he was concerned about having his panel tainted by UCI. While some evidence of UCI was raised, the court was satisfied beyond a reasonable doubt (particularly because of the thorough actions taken by the military judge) that the proceeding was not affected by UCI.

United States v. Drayton, 45 M.J. 180 (C.A.A.F. 1996). The appellant was convicted of shoplifting from the PX. Two weeks after he was charged with shoplifting, the battalion commander held an NCOPD where he showed the NCOs security tapes from the PX (but not the ones he was in). Six witnesses testified for the appellant during sentencing. The court found that this amounted to just a bare allegation because there was no allegation that any witness was actually influenced.

United States v. Ashby, 68 M.J. 108 (C.A.A.F 2009). The appellant did not show that comments made by senior officials following the Aviano gondola incident amounted to some evidence of UCI.