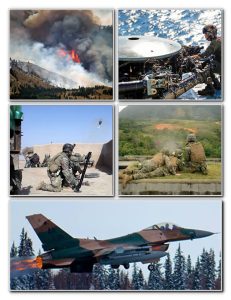 “An act, done with specific intent to commit an offense under this chapter, amounting to more than mere preparation and tending, even though failing, to effect its commission, is an attempt to commit that offense.” Article 80(a).

Military judge must adequately advise and explain each of the four elements of attempt to an accused. United States v. Redlinski, 58 M.J. 117 (C.A.A.F. 2003).