Allegations: Larceny of Government Property over $500, Fraud, Conspiracy
Max Punishment: 45 YEARS IN PRISON, Dismissal
Result: No charges preferred. No Reprimand, No NJP/Mast. He is still serving on Active Duty and was promoted to Captain.
Discharge: NONE
Location/Branch/Rank: Fort Riley, KS/Army/1LT 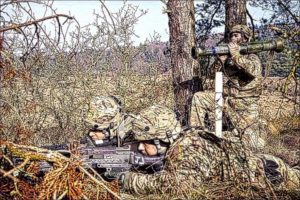 Our client was accused of being involved in an Army recruitment scam. CID went on a witch hunt and targeted hundreds of soldiers, many of whom were convicted.

According to a CBS News story, Backlash from Army’s largest criminal investigation:

“It is the largest criminal investigation in the history of the United States Army — an after shock caused by the wars in Iraq and Afghanistan. Running short of soldiers, the Army National Guard came up with a scheme called the Recruiting Assistance Program which paid a $2,000 bonus to members of the Guard who brought in a new recruit. A total of 105,000 soldiers got those bonuses, but some of them scammed the system by claiming to bring in recruits they had never met. Eighty soldiers have pleaded guilty or been convicted, and another 60 remain under indictment. Some soldiers claim they did nothing illegal and are being made scapegoats for a recruiting program the Army admits was badly mismanaged from the start.”

As we do in every case, we went on the offensive and prepared a defense for our client. Before the Army preferred charges, we reached out to the command and pleaded our case. The Battalion Commander and Command Sergeant Major, based on the evidence, supported our client and helped fight to clear his name.