NOTE: This case was overturned on appeal. 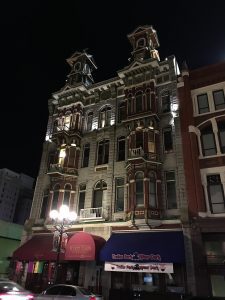 Our client was accused of violently raping three women in four months. He faced life in prison. There was lots of DNA evidence, a confession, and forensics. Our client was accused of finding women on the website, Plenty of Fish, luring them to his home, and raping them. Client’s original high powered attorney, a retired Marine Judge, and Colonel told the client he had “no chance” and would be convicted of all rape charges and get 30 years in prison.

He then negotiated a 5 year “deal of a lifetime.” The client then fired this lawyer and hired our firm. Mr. Waddington fought the case with LCDR Chad Temple and Marine Captain Yin in front of a Marine jury, although our client was Navy.