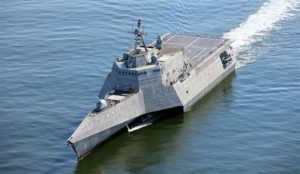 HALIFAX — A Halifax-based military policeman has been found not guilty of sexually assaulting a superior officer during a Royal Canadian Navy exercise in Scotland.

MacIntyre had been charged with sexually assaulting the woman in her Glasgow hotel room on Sept. 27, 2015.

The verdict came only hours after military judge Cdr. J.B.M. Pelletier delivered his final instructions to the panel.

MacIntyre, dressed in a traditional green dress uniform and distinctive red beret, sat with a straight back as the verdict was handed to the judge in a sealed envelope.

As he learned the panel‘s decision, MacIntyre closed his eyes and slowly tilted his head back, drawing a deep breath as he leaned forward.

The proceedings in the military court lasted a week and a half.

The woman, whose name is protected by a publication ban, testified that she told the 48-year-old MacIntyre “no” multiple times, and repeatedly pushed his hand away.

Defence lawyer David Bright argued that the two had consensual sex, and that the woman reported the incident to cover the fact that she slept with a subordinate and cheated on her husband.

The naval officer in immediate command of the unit testified that the female officer only offered a “partial recollection” of an alleged sexual assault at the time, and did not want to proceed with charges. She made a formal complaint in March of 2016.

The two had been part of a group that had been out drinking and socializing earlier that night.

During the court martial, the woman testified she awoke to find MacIntyre in her bed and didn‘t know how he had entered her room.

“The only thing I remember is waking up and him touching me,” she told the military court.

She said she didn‘t want to have sex, but she said MacIntyre eventually penetrated her while she lay on her stomach. The complainant said she believes she “just froze.”

But MacIntyre testified she didn‘t object at any point during sex he believes was consensual.

“She never said no to me once,” MacIntyre said. “I thought she was consenting.”

Bright took issue with testimony that she couldn‘t eat in the weeks following the incident, producing an Oct. 11, 2015, Facebook photo showing her sitting before a large plate of food during high tea at a Glasgow restaurant.

The woman said she took the photo to reassure her family back home that she was well during her trip and that she actually ate very little that day.

Other photos posted on social media show the woman smiling with her team members — something that Bright said harmed her credibility.

But military prosecutor Maj. Larry Langlois argued that the pictures didn‘t prove anything, saying there are “no rules” about how victims are supposed to act in the aftermath of a sexual assault.

“The defence will be grasping at straws,” Langlois told the panel. “There is no normal or typical way to behave.”

During his closing argument, Bright wondered why the woman fell asleep with MacIntyre still in her bed after the alleged assault.

He also noted that she didn‘t make a formal report for six months.

But Langlois said there are many reasons why victims might not report a sexual assault right away, including embarrassment and fear of re-traumatization during the court process.

When the five-member panel was discharged by the judge Wednesday, all of the Armed Forces members in the small, windowless room stood at attention and saluted.

As the judge left the courtroom, MacIntyre smiled and embraced Bright.

Afterwards, Bright said neither he nor his client would comment on the case. The two military prosecutors also declined to comment.