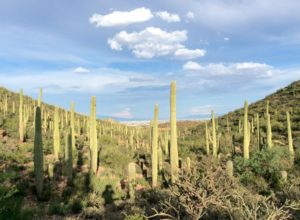 SAN DIEGO (KGTV) — The Camp Pendleton Marine accused of trying to smuggle migrants through the San Ysidro Port of Entry this month has been identified.

Bryan Oneal Newell Jr. was arrested Dec. 2 by U.S. Customs and Border Protection personnel at the San Ysidro Port of Entry, according to Camp Pendleton. Newell is accused of trying to bring undocumented immigrants into the U.S.

Newell, a junior-enlisted Marine, was being held in civilian custody while CBP and the Naval Criminal Investigative Service investigated.

Camp Pendleton said Newell was not part of military personnel sent to the border to assist personnel with border operations.

Newell is the most recent Marine from Camp Pendleton to be charged in an immigration scandal.

In July, 23 Marines were detained over human trafficking , drug distribution, and weapons charges, according to the base.

Of those 1st Marine Division Marines, six have pleaded guilty at court martial appearances while 13 have approved agreements to leave the Marines rather than go through court martials or waiving separation board processes. Four remaining Marines are currently in the adjudication process.