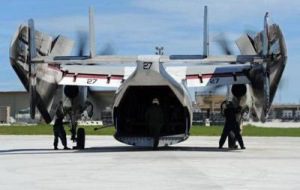 Much like its 21st counterpart, the Marine Aviation Training Support Group 22 (MATSG-22) was originally established as a United States Marine Corps aviation training group during the World War II. Back then, it was known as the Marine Aircraft Group 22 or the MAG-22. It was also most known as the Foreign Legion of Marine Aviation as it did not serve within the United States’ continental area of limits and responsibilities for a very long time.

The group was deactivated shortly after the war ended but was reactivated once again in May of 2000 through the renaming of the Marine Aviation Detachment (located in Naval Air Station Corpus Christi, Texas) to a modern-day MATSG-22.