When You Need a Court Martial Lawyer in Williamsburg, VA

Our court martial defense attorneys have successfully represented military personnel around the world.

The hard-hitting military lawyers at Gonzalez & Waddington have earned a reputation for defending military members at Army, Navy, Marine Corps, Navy, and Coast Guard installations worldwide. If you are stationed in Williamsburg, VA and are accused of a military offense, then retaining the most hard-hitting military attorney can be the difference between getting convicted versus winning your case or redeeming your career. Our military attorneys defend Williamsburg, VA military personnel in both criminal and administrative matters to include defending military service members suspect of of sex assault, rape, and other offenses under military law.

This film is a perfect example of why you should select the best military lawyers available.

Unlike the majority of civilian military defense attorneys or your free military counsel, pleading guilty is not something we do often. When our lawyers are retained, we force the military to prove their case. We take nearly every case to trial and fight the allegations in front of a jury.

Our experienced military lawyers will use our experience to defend your court martial or ADSEP case in Williamsburg, VA.

Service members working in Williamsburg, VA merit the best military attorneys available to represent them at their trial or ADSEP board.

If you or a family member are stationed in Williamsburg, VA and are suspected of a military offense such as sexual assault or if you are facing an administrative discharge, NJP, show cause board, letter of reprimand, then call our court martial defense attorneys immediately. 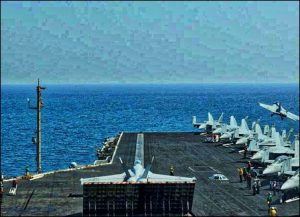 Located in the Commonwealth of Virginia, the city of Williamsburg constitutes a part of the metropolitan area of Hampton Roads. As the 2010 US Census shows, it has a population of just over 14,500 people. The area has a lot to offer, especially to the more adventurous tourist, and the list includes not only coasters and slides, but also live shows and interactive spy missions. Some of the most famous attractions, however, are the Riverwalk Landing, Go Ape’s rope course and York River.

The city of Williamsburg is situated on the Virginian Peninsula. It is surrounded by the counties of York and James City. It occupies a total of 9.1 square miles, 8.9 square miles of which is land, and only 0.2 is covered in water. It stretches over a ridge between two rivers, York River and James River. It is also surrounded by College Creek and Queens’ Creek. To the northwest of the city borders there is the town of Richmond, and to the southeast lies Norfolk. Williamsburg is a part of the 34th largest US metropolitan area called Hampton Roads. When it comes to weather, the inhabitants of the city of Williamsburg enjoy a humid subtropical climate, characterized by hot and rainy summers, and mild winters. There is an average 5.1 inches of snowfall during winter. Temperatures can rise to 104 degrees, and drop to -7 degrees.

Before the European settlers arrived to the region, it was the territory of the Powhatan Confederacy, but as soon as the English started building their towns in 1630’s, the Native Americans started fleeing the area. Since there was a lot of hostility between the two groups, the English soon built a defensive palisade to guard their settlement, which they called Middle Plantation. In 1698, after the government offices in the colonial capital Jamestown got burned down, it relocated to Middle Plantation.

It wasn’t long until the town was renamed Williamsburg, which was also an act of honoring King William III. The city of Williamsburg served the function of the Capitol until 1780, when it was lost mainly because of poor connection with surrounding towns. That is when the decline officially started, but it wasn’t long until the city started flourishing once again. In 1881, they built a railroad that passed through the city grounds, and which brought hundreds of new inhabitants, as well as businesses. Nowadays the city of Williamsburg is one of the most popular tourist attractions in the whole of Virginia.

Since the city of Williamsburg gets a large number of tourists per year, most of its economy is oriented towards tourism and the business of providing services. There are, however, plenty of other industries that benefit from such a large number of visitors. Among the largest employers there are the two outlet malls, Williamsburg Outlet Mall and Williamsburg Premium Outlets. Apart from those, a significant part is played by Anheuser-Busch, a company that operates a large brewery, and thus employs hundreds of people. It used to have to large theme parks as well, which were known as Water Country USA and Busch Gardens, but they were closed in 2010.

Located near the city of Williamsburg, Camp Peary is a military reservation that stretches on over 9,000 acres, which makes it one of the largest military-owned properties. Its official name is Armed Forces Experimental Training Activity, and has a sister base named The Point, which is situated in Hertford. The base itself is rumored to host The Farm, a CIA training facility, the main purpose of which is to train CIA officers, as well as Defense Clandestine Service personnel.