When You Need a Court Martial Lawyer in Hampton Roads, VA

Our court martial attorneys have successfully represented military personnel around the world.

The hard-hitting court martial defense lawyers at Gonzalez & Waddington have earned a reputation for representing service members at military installations worldwide. If you are stationed in Hampton Roads, VA and are accused of a military offense, then having the most experienced defense attorney can be the difference between losing your case versus winning your case or saving your career. Our defense lawyers represent Hampton Roads, VA military personnel in both criminal and administrative matters to include representing military personnel accused of sex assault, adultery, BAH fraud, and other offenses under military law.

This film is a excellent example of why you need to select the best court martial lawyers that you can find.

Unlike the majority of civilian defense lawyers or your free military lawyer, pleading guilty is not something we commonly do. When we are retained, we compel the military to prove their case. We take nearly every criminal case to trial and fight the allegations in front of a panel.

Our military court martial victories speak for themselves. The suspected military service member and his or her well being is our principal concern. Our criminal defense lawyers keep smaller caseloads than the average free defense lawyer so that we can focus on every trial individually. Your case will not be delegated to a random lawyer and we will not force you into a guilty plea at the eleventh hour. Our military lawyers have contested military court martial and administrative separation cases in the United States and worldwide.

Military service members working in Hampton Roads, VA merit the best military defense attorneys possible to represent them at their trial or ADSEP board.

If you or a loved one are stationed in Hampton Roads, VA and are accused of a military crime such as sex assault or if you are facing an administrative separation, Article 15, show cause board, reprimand, then call our court martial attorneys now. 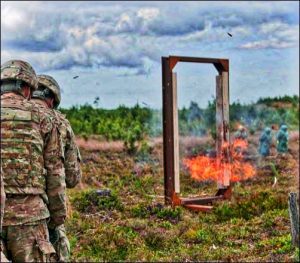 Located in the Commonwealth of Virginia, Hampton Roads is an area that attracts a larger number of tourists with every passing year. It is not only because of the gorgeous nature and the countless activities that it offers, but also because of the vicinity of many historic sites. Some of the most famous are Jamestown, Colonial Williamsburg and James River Plantations. The area of Hampton Roads is one of the metropolitan areas of the Southeastern Virginia, and according to the latest US Census, has a population of over 1,710,000 people. Apart from the tourist attractions, it is also known for being the location of several military bases.

The largest city in the Hampton Roads area is the city of Virginia Beach. Other larger places include Norfolk, Chesapeake, Portsmouth and Suffolk. The area is known for being the location of the Chesapeake Bay Impact Crater, a crater that has largely influenced its geography. It also has one of the two natural lakes that are situated in the state of Virginia, namely, Lake Drummond. Hampton Roads is divided into two separate areas, the east side of the Virginia Peninsula and the South Hampton Roads, which is also called the Southside. The two are separated by a harbor. Apart from being the name of a metropolitan area, Hampton Roads is also the name of a well-known body of water. It is basically a channel through that leads several rivers – James, Nansemond and Elizabeth River – into the Atlantic Ocean.

The first European settlements date back to the 17th century, when Captain Newport’s ships brought a smaller group of English people and landed along the coast of what is now known as the city of Virginia Beach. This has become an important historic moment in the history of Virginia, and is called the “First Landing”. Upon their arrival, the settlers chose the Jamestown Island as the location for their new city. This happened in 1607, and has marked the beginning of a new era in the history of Hampton Roads. The American Civil War also brought about some important events, one of the most famous ones being the Battle of Hampton Roads, the result of which was inconclusive. During the 20th century, the area developed significantly, which can be clearly seen from the fact that in 1957, it was chosen as the location for the world’s first bridge-tunnel complex. 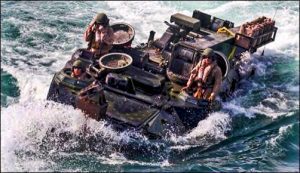 a of Hampton Roads is the location of four Fortune 500 companies: Smithfield Foods, Dollar Tree, Norfolk Southern and Huntington Ingalls Industries. These four are of great importance for the local economy, and not just because they employ a large number of people. It is also home to the world’s greatest natural harbor, which makes it the perfect place for all port-related businesses, including naval installations, ship repair and shipbuilding. Apart from all of this, the economy has largely been shaped by the vicinity of several military bases, which require a specific type of industry, mostly engineering and military equipment production.

There are plenty of military facilities that are located in Hampton Roads, including Fort Monroe, Camp Allen, Naval Station Norfolk and Joint Expeditionary Base East. One of the largest is Fort Eustis, an installation situated near Newport News. Along with Langley Base, it forms the Joint Base Langley-Eustis. The base itself hosts the Army Transportation Corps, as well as the Aviation Logistics School. It also has its own satellite installation, called Fort Story, and the Army Training Support Center. Its main purpose is to provide the military personnel with the education and training needed for aviation maintenance, transportation, logistics and research. 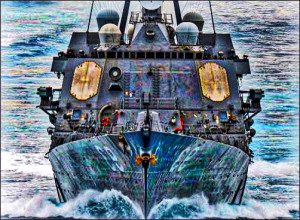 Located in the Hampton Roads metropolitan region, the city of Portsmouth is a part of the state of Virginia. In 2010, the US Census Bureau has estimated its population to be just over 95,000 people, which makes it one of the largest cities in the area. Its most interesting sites are the banks of the Elizabeth River and the Olde Towne, the historic part of town that offers many treats for tourists, such as colorful shops, interesting galleries and old museums. The town has been shaped by its industry, which is mostly port-related because of the large harbor that is situated in it, as the name itself suggests.

According to the information that was gathered during the 2010 Census, the city of Portsmouth occupies a total of 47 square miles, 34 of which is land, and 13 is covered in water. This is a stunning 28% of water territory. The city itself is home to one of the oldest harbors that are operating to this day. It is situated on the western side of the Elizabeth River, which flows into the Chesapeake Bay near the border of the city. It is directly across the city of Norfolk, and its territory is divided into Olde Town and New Town, and the former is currently undergoing some major renovations. Within the borders of the city there is the Portsmouth City Park, as well as a railroad with a fully operating Chance Rides Huntington locomotive. 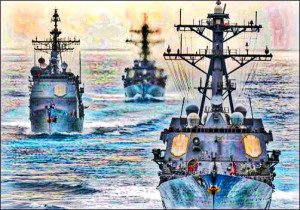 The history of the city of Portsmouth began in 1620, when its potential was recognized by John Wood, a British shipbuilder. It was, however, officially established by Colonel William Crawford, and given the title of a town in 1752, as a part of the act of the Virginia General Assembly. During the Civil War, people feared that the Confederacy would take command of the Portsmouth shipyard, and so they set it on fire to prevent the enemy troops from benefiting from it. The shipyard was eventually rebuilt, and now bears the name Norfolk Naval Shipyard. The city of Portsmouth served as the official seat of Norfolk County up until 1960’s, when Chesapeake took over the function. It is now undergoing certain structural renovations, especially of the downtown area. 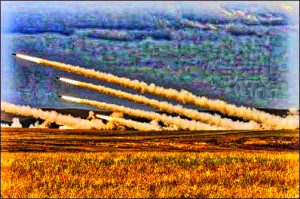 The city of Portsmouth has always been a harbor city, and as such, has a lot of port-related industries, including shipbuilding and ship repair. Apart from the Portsmouth Naval Shipyard, the largest employer in the area is the Pease International Tradeport, which is an airport development project that is home to more than 150 individual businesses and over 5,000 employees. The city of Portsmouth belongs to a market area that is so large that it serves over a third of America’s population. The port is where most of the city’s exporters are located, and where commodities like road salt, fuel oil and scrap metal are sold. Some of the most important goods manufactured in Portsmouth include machinery, plastics, microwave parts, buttons and electronic components.

Located in the city of Portsmouth, USCG Base is one of the more important military installations in the US. The Portsmouth city center is only 10 miles away, and the cities of Suffolk and Chesapeake are approximately 20 miles to the southeast and southwest. The Craney Island US Naval Reservation is located just north of the base. USCG Base is a part of the Coast Guard Sector Hampton Roads. It was one of the standardized bases that were formed in 2011 in order to allow for a more stabilized field support delivery, as well as to provide a balance between local command and technical authorities.