When You Need a Court Martial Lawyer in Fredericksburg, VA

The hard-hitting military criminal defense lawyers at Gonzalez & Waddington have earned a reputation for representing service members at military installations worldwide. If you are stationed in Fredericksburg, VA and are accused of a military crime, then retaining the most aggressive military defense lawyer can be the difference between getting convicted versus winning your case or saving your career. Our military lawyers represent Fredericksburg, VA military service members in both UCMJ and administrative matters to include representing service members accused of sex assault, murder, and other crimes under military law.

This film is a great example of why you should select the best military defense lawyers possible.

Unlike most civilian criminal defense attorneys or your free military lawyer, pleading guilty is not something we do often. When our attorneys are hired, we compel the military to prove their case. We take nearly every criminal case to trial and fight the allegations in front of a panel.

Our military court martial victories are clear. The accused service member and his or her well being is our chief concern. Our military lawyers maintain smaller caseloads than the usual free defense attorney so that we can focus on each client separately. Your trial will not be delegated to a third party and we will not force you into a guilty plea at the last minute. Our court martial defense attorneys have successfully fought military court martial and administrative separation cases in the U.S. and around the world.

Our experienced court martial defense attorneys will use our history to defend your court martial or administrative separation (ADSEP) case in Fredericksburg, VA.

Military personnel stationed in Fredericksburg, VA merit the best court martial attorneys possible to defend them at their trial or ADSEP proceeding.

If you or a loved one are stationed in Fredericksburg, VA and are suspected of a UCMJ crime such as sex assault or if you are confronted with an administrative separation, Article 15, show cause board, letter of reprimand, then call our military lawyers today. 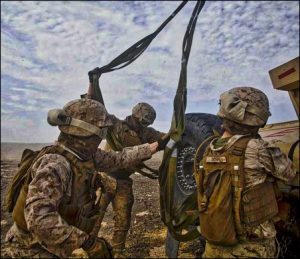 Fredericksburg is a city located in the Commonwealth of Virginia, which according to the latest government census, has a population of approximately 28000 people. It is also a part of a larger metropolitan area that includes Alexandria, Arlington and Washington D.C. The city of Fredericksburg boasts a rich history, but what makes it even more interesting is the fact that it has more ghost legends than any other place in America. It is home to the Fredericksburg and Spotsylvania National Military Park, as well as one of the houses in which George Washington lived as a boy. All in all, Fredericksburg is an interesting place to visit.

The city of Fredericksburg is located only 49 miles to the south of Washington, D.C. To the south of it, there is the city of Richmond. It lies near the place where the Rappahannock River and the Fall Line intersect, which made it an important port during the colonial era. Fredericksburg occupies a total of 10.5 square miles, 10.4 of which is land, and only 0.1 is covered in water. Across the Rappahannock River, which marks a part of the city’s borders, lies the Stafford County. When it comes to weather, Fredericksburg falls under the category of humid subtropical climates. This means that it has hot and rather humid summers, and cool, but not freezing winters. The average temperatures can rise to 88 degrees during July, and drop to 24 degrees during January.

The earliest known inhabitants of the Fredericksburg area are the Manahoac tribe. By the 17th century, the European settlers had already arrived and started building their new homes. Since the interest of the settlers for the Frontier was growing steadily, in 1720, the community decided to establish the county now known as Spotsylvania. Only eight years later, they formed Fredericksburg as well. At first, the newly-found city mostly served the purpose of a port. It was named in honor of the Prince of Wales. During the 19th century, the inhabitants built the first canal and plank road, but this didn’t have any effects on the later development of the city, since it wasn’t until the 20th century that Fredericksburg gained the title of a trade city. 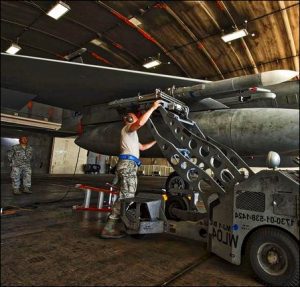 The economy of the city of Fredericksburg is in the process of significant growth, probably due to the increase in the number of inhabitants, as well as the proximity of a major military base. Some of the biggest employers in the area include the University of Mary Washington, Medicorp Health System, the City of Fredericksburg, Walmart, Snowden Services and Rappahannock Area Community Services Board. Walmart is one of the largest store chains in the whole of the US, with a list of available products that includes everything from sugar packages to cordless drills. Snowden Services, on the other hand, is a company that specializes in providing health services and is especially oriented towards behavioral science. These companies play a large part in the Fredericksburg local economy, since they employ thousands of the city’s inhabitants.

Situated near the city of Fredericksburg, Marine Corps Base Quantico is a major US Army post. It occupies almost 56000 acres of land, the main purpose of which is to serve as a training post. It employs over 12000 people, both military and civilian. The base is home to the Marine Corps Officer Candidates School, and apart from serving as training ground, it also conducts equipment research. One of its most important functions is the development of equipment of higher quality and functionality. In 2001, it was listed as one of the historic districts by the National Register of Historic Places.