When You Need a Court Martial Lawyer in Fairfax, VA

The hard-hitting military defense lawyers at Gonzalez & Waddington have gained a reputation for defending military personnel at Army, Navy, Marine Corps, Navy, and Coast Guard installations worldwide. If you are stationed in Fairfax, VA and are suspected of a military crime, then hiring the most aggressive court martial defense lawyer can be the difference between losing your case versus winning your case or saving your career. Our military lawyers represent Fairfax, VA service members in both UCMJ and administrative matters to include defending service members accused of sexual assault, murder, and other offenses under the UCMJ.

This video is a great example of why you need to retain the best court martial lawyers that you can find.

Unlike the majority of civilian court martial lawyers or your assigned military counsel, pleading guilty is an option of last resort. We force the military to prove their case. We take nearly every criminal case to trial and fight the allegations in front of a panel.

Our military court martial victories are clear. The suspected military service member and his or her future is our primary concern. Our defense lawyers keep smaller caseloads than the usual assigned military lawyer so that we can focus on every client separately. Your trial will not be delegated to a random lawyer and we will not force you into taking a dive at the last minute. Our military criminal defense lawyers have fought military court martial and ADSEP cases in the United States and worldwide.

Our hard-hitting court martial defense lawyers will use our history to fight your court martial or administrative separation case in Fairfax, VA.

Military service members stationed in Fairfax, VA deserve the best military defense attorneys available to defend them at their trial or ADSEP hearing.

If you or a loved one are stationed in Fairfax, VA and are accused of a UCMJ crime such as sexual assault or if you are confronted with an administrative separation, Article 15, elimination board, reprimand, then call our court martial attorneys immediately. 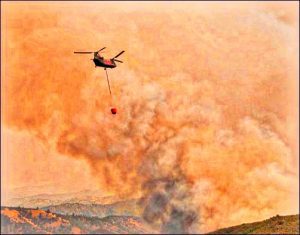 The City of Fairfax is a part of the county that bears its name – Fairfax County. They are both situated in the Commonwealth of Virginia. Along with its historical border, the City of Fairfax serves the function of the official county seat. According to the US Census from 2014, Fairfax has a population of over 24000 people.

It is a part of a larger metropolitan statistical area that also encompasses Arlington, Alexandria and Washington D.C. The city has its own university – the George Mason University, which is the largest public institution in the whole of Virginia, counting more than 33000 students. In 2009, Forbes Magazine ranked the City of Fairfax as the 3rd best place to live, which can be thanked to its high median income and great public school system.

The City of Fairfax occupies a total of 6.3 square miles of land, none of which is covered in water. It is located in Northern Virginia, and lies only 16 miles to the southwest of Washington D.C. It has an elevation of around 312 feet above sea level, and a population density of approximately 3.8 inhabitants per square mile. It has a mild climate, especially compared to the other parts of the US. The area gets around 44 inches of rain each year, which is higher than the country’s average of 37. While the average American town gets approximately 25 inches of snow, the average in the City of Fairfax is only seven inches. During the course of a single year, there are almost 200 sunny days. The hottest month is July, with an average temperature of 89 degrees, and the coldest is January, with temperatures usually dropping to 24.

During the reign of King Charles, the sixth Lord Fairfax of Cameron was awarded a huge piece of land in the area of Northern Virginia. That piece of land is where the current City of Fairfax is located, and it got its name after its first owner. During the 18th century, the place was mostly inhabited by farmers from the Tidewater region, and was established as an independent city by an 1805 state act of legislature. One of the more important historical events that occurred in the area was the Battle of Fairfax Court House, which was also the first land battle fought during the American Civil War. The town was originally called the Town of Providence, and was given the name Town of Fairfax somewhere during the second half of the 19th century. 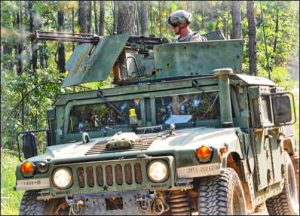 The Old Town of the City of Fairfax has recently experienced a significant transformation. As a result, it now has more than 70,000 square feet of office space and 45000 square feet of restaurant and retail space. Because of all these changes, the Fairfax business scene is flourishing. This is probably why it was rated as the 3rd best place to live in the whole of the US. Some of the major employers located within the city grounds include SunTrust, Federal Technology Services, Inova Care Center and Verizon Wireless. Fairfax is also one of the many headquarters of the Honda Company.

Located near the City of Fairfax, Fort Belvoir is one of the largest US military installations. Since it has more employees than the Pentagon itself, the base is considered to be the largest employer in the whole of Fairfax County. It was established during World War I, and first bore the name of Andrew Humphreys. It wasn’t renamed until the 1930’s, when the officials decided to honor the Belvoir Plantation that was once a part of the territory. Among many others, Fort Belvoir hosts the Defense Logistics Agency.