Cities in Tennessee where our military defense attorneys represent service members at court martial and in administrative separations:

Arnold Air Force Base, located near Tullahoma, is named after General Henry Arnold who is known as the father of the Air Force. He was trained to fly by the Wright Brothers themselves. The base is home to the largest flight simulation facilities in the world (AEDC). There are 58 aerodynamic and propulsion wind tunnels, rocket and turbine engine test cells, space environmental chambers, arc heaters, ballistic ranges and other specialized units.

Naval Support Activity Mid-South is a US Navy base located in Millington, Tennessee. It is operated by the Navy Region Midwest and the Navy Installations Command. Today, it is recognized as the Human Resources Center of Excellence of the US Navy. Naval Support Activity Mid-South is home to Navy Personnel Command, Navy Recruiting Command, the Navy Manpower Analysis Center, and the US Army Corps of Engineers Finance Center. The base has the primary mission of maintaining and operating its facilities, providing administrative and logistic support to tenant activities, and performing functions as commanded by higher authorities. 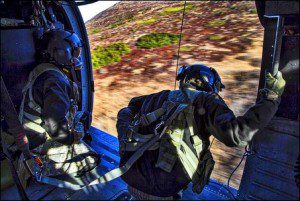 Tennessee, also known as the Volunteer State, is located in the eastern south of the United States of the America. Its rank among other states in terms of size is 34.

Virginia and Kentucky fall to the northern side of this place; it has North Carolina in the east, Mississippi, Alabama and Georgia in the south and Missouri and Arkansas on the west. The state flag of Tennessee consists of three stars, which represent three distinct regions of the state. East Tennessee consists of Great Smoky Mountains. Knoxville and Chattanooga are two essential cities here. Plateaus and hills are a distinct geographical feature of this place, which has Nashville as its capital. The Mississippi river connects the western Tennessee to other areas. Memphis is an essential city here. It is also the capital of the Delta Region of Mississippi.

Tennessee was first explored in 1540, by Hernando de Soto. Later, this area was claimed by both England and France. This situation arose since both the teams Gabriel Arthur and James Needham as well as Louis Joliet and Jacques Marquette visited the area in 1670 and 1680. During the time period of 1784 to 1787, the settlers formed the Franklin state. Ultimately, in 1796, Tennessee joined the union.

There are a number of sites that are worth a visit in Tennessee. One can visit Nashville, which is also called Athens of the South and see the amazing ancient Greek temple, the reproduction of the Parthenon.

One can listen to the famous country music show on radio, The Grand Ole Opry. Alternatively, one can also visit Memphis and take a tour of Graceland, the luxurious estate of Elvis Presley, the king of all singers.

Memphis is also the place where the Noble Prize winner Martin Luther King Jr was killed by the hands of James Earl Ray. 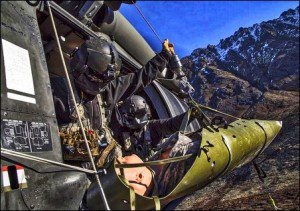 Arnold Air Force Base, situated in Tullahoma, is presently one of the most professional and advanced centers for flight simulation in the world. There are nearly sixty space chambers, ballistic ranges, turbines, rocket test cells and propulsion wind tunnels at this base.

The Holston Army Base is located in Kingston. This army base is basically a chemical and biological processing plant for numerous explosives used by the military. This plant is operated by BAE systems, who, in 2013, received a contract of twenty-seven million dollars to reconstruct the facility and make it more energy efficient.

Milan Army Base is situated in Milan. It is approximately twenty-seven miles in the north direction of the Jackson County. The base spreads over twenty-three thousand acres of land. The Rutherford River marks the north border, whereas Brewer Hill and Hill Cemetery marks the southern border. The climate around this base is usually humid subtropical.

NSA Mid-South Naval Base, operated by the U.S. Navy, is located in Millington. It is one of those bases that host the largest number of units on site. It houses seventy-five hundred inhabitants, whether it is the civilian people that are employed on site, or military troops or the family members.