Cities in South Dakota where our military defense attorneys represent service members at court martial and in administrative separations:

Ellsworth Air Force Base is located in Pennington and Meade counties near Rapid City, South Dakota. The base is currently home to the 28th Bomb Wing.

Ellsworth AFB was formerly know as the Showplace of Strategic Air Command due to its show of strategic bombardment capabilities as well as ICBM capabilities. The 28th bomb wing housed in the base, is only one of two US Air Force Wings operating B1 supersonic Lancer bombers. The base is home to 8,000 which include military and civilian personnel, and family members. 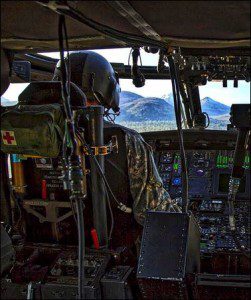 The exact meaning of the word ‘Dakota’ implies ‘friends’. South Dakota, nicknamed the state of Mount Rushmore or the Coyote, is located in the western, north and central regions of the United States. With Pierre as its capital, it is the sixteenth largest state among all states of USA. South Dakota was initially the southern portion of the Dakota Territory.

South Dakota is a north-west-central state which is bordered by Iowa and Minnesota in the east, North Dakota on the north, Nebraska in the south and Wyoming and Montana on the west. Through the centre of this state, the Missouri river flows. The western region of the state comprises the portions of the Great Plains. The eastern regions of South Dakota are very similar to the Midwest. It consists of huge areas of farmlands, lakes created by extremely old glaciers and hills. South Dakota is criss-crossed into two halves, the East Rivers and the West Rivers respectively.

François Verendrye and Louis-Joseph from France started exploring South Dakota from the year 1743. In 1803, the United States acquired this region as a portion of the Louisiana Purchase. It was then explored in 1804 to 1806 by Clark and Louis. The first settlement, Fort Pierre, was made in the year 1817. In 1873, after the railroad arrived, the settlement began in earnest. In 1874, gold was discovered in the Black Hills in 1874.

Tourism is one of the essential parts of the economy of South Dakota. The growth of Tourism industry has led to the creation of income and new jobs. The Black hills, which consists of Mount Rushmore, is one of the most famous places for the tourists in the country. One of the largest sculptures of the globe, Mount Rushmore, consists of the carving of the faces of Abraham Lincoln, Thomas Jefferson, Theodore Roosevelt and George Washington in the mountain’s face. This sculpture will be much larger than Mount Rushmore. Another place is Badlands National Park, which has spectacular rock formations, including ridges, pinnacles, canyons and spires. 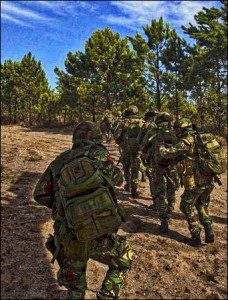 In Meade and Pennington counties near Rapid City in South Dakota, Ellsworth Air Force Base is located. This base was established in 1942 and is presently housing 28th Bomb Wing. It is used to target enemy lines. The main mission of this base is to make sure that fighter pilots are ready for any emergency situations like battles and other global situations.

The air base is named after Richard E. Ellsworth, who was a Brigadier general. He died a heroic death, when his plane collided with the ground in 1953, during training.

This air force base was initially called Showplace of Strategic Air Command because of its capabilities of ICBM and strategic bombardment. The bomb wing present in the base currently is a part of US Air Force Supersonic Bombers.

It houses 8000 families, civilian and military personnel. The base also consists of dormitories for people living in the base.
It has a school for children living in base, called Douglas Public School. Outdoor recreational facilities like fishing, boating, water skiing, hiking, hunting and camping are also available here.