Cities in South Carolina where our military defense attorneys represent service members at court martial and in administrative separations:

Fort Jackson is a US Army training base operated by the US Army Training and Doctrine Command and is part of the Basic Command Training. The base, located in Columbia, South Carolina, is the largest Initial Entry Center operated by the US Army. It is also the most active. This is evident in its output of 25% of all trained men and 80% of all trained women in the US Army. Fort Jackson is currently home to the Soldier Support Institute, the US Army Adjutant School, the Finance School, the Recruiting and Retention School, the Non-Commissioned Officers Academy, and the Training Support Battalion.

Charleston Air Force Base is operated by the Air Mobility Command and located in North Charleston, South Carolina. The base uses the same runway with the Charleston International Airport. Because of this, the installation is divided into two different sectors depending on aircraft operations.

Shaw AFB is located in Sumter, South Carolina. It was built in 1941 and is currently home to the 20th Fighter Wing, the largest F-16 Combat wing of the Air Force; the Ninth Air Force, and the US Central Command Air Forces. The installation remains one of the largest bases operated by the US Air Force. Being one of the United State’s largest fields, the base has always been a training base for pilots but for a brief period, the base served as a POW camp in World War II.

The air station is host to the operations and management of all active duty F/A-18s on the East Coast which are assigned to Marine Air Group 31. It has the primary mission of ensuring continuing operations of the Air Group as well as its support units. The base has a total population of almost 4,000 active-duty personnel, and 700 civilian employees.

Marine Corps Recruit Depot Parris Island is located in Port Royal, South Carolina. The base is tasked with providing the first level initial training for all newly recruited marines often numbering 19,000 per year. This number includes male recruits that reside east of the Mississippi river and all female recruits from all states.

US Naval Hospital Beaufort is a Navy hospital that manages two branch clinics at Marine Corps Recruit Depot, Parris Island and at Marine Corps Air Station Beaufort, including the main hospital itself which is located in Port Royal, South Carolina. The hospital also services the Laurel Bay housing area.

The hospital was commissioned on April 29, 1949. Unlike most hospitals that are tenants of a larger base, Naval Hospital Beaufort is one of the few military hospitals that is situated within its own complex. It is tasked with providing medical care, surgical procedures, and emergency services to all personnel of the Navy and the Marine Corps. They also service family members of Navy and Marine Corps personnel living in the Beaufort area which numbers 35,000 people.

Charleston, South Carolina, right next to the Navy Yard. It was established on July 31, 1917 after the necessity of a Naval Hospital near the Charleston Navy Yard was realized. It was built with 19 wooden buildings and had a capacity of 250. It had one story buildings that housed the administration building, the ward buildings, the galley, the mess, the power house, and the recreational hall.

A southeastern United States part bordered by North Carolina and on the west it shares its border by Georgia. South Carolina is the 40th most extensive state. The name Carolina was decided on October 30, 1629, and the patent to Sir Robert Heath was granted by King Charles I for the southern lands of 36 degrees.

It is spread in a total area of about 32,020 square miles and has 6% if water in its total area. It is ranked 24th in population and has a population of around 48 lakhs. The total population density is about 155 per square miles. The official language spoken in Carolina is English and it comprises of around 46 counties. The name of Carolina comes after King Charles I and in Latin Charles is named as Carolus as an honor after the name of the king. There are two natural ports of Georgetown and Charleston and the coastline contains many estuaries and salt marshes. 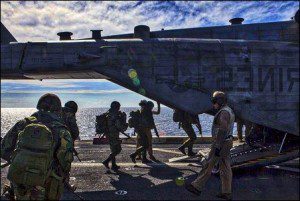 Climate: Although South Carolina is situated in high-altitudes, it has a humid subtropical climate. Summers in South Carolina are hot and humid while the winters are very less uniform. Snowfall in the state is uncommon and areas along the coast receive very less snowfall. Freezing rain and ice accumulation is very common than snowfall in many areas of the state.

Earthquakes: Earthquakes are quite common in South Carolina with greatest frequencies recorded along the central coastline. The average of 10-15 earthquakes below the magnitude of 3 is recorded every year. The largest magnitude recorded was around 7.2 in magnitude and killed about 60 people in average.

History: There have been around 30 American tribes lived in the place where now South Carolina is standing and at first, it was occupied by Europeans. The colony was established by wealthy English aristocrats who migrated from Barbados. King Charles gave the royal charter to the eight of the aristocrats as they have helped him in regaining the throne.

People: There are people from different origins residing with a permanent settlement in South Carolina with diverse religious followings. The major cities of Columbia and Charleston are the base for the most populous education base from which most scholars have been born.

Education: Having diverse group of institutions, it has many state-found research universities to the extent of small colleges that has high cultivation for arts and many other important education domains.

Places to visit: There are many splendid types of scenery in South Carolina that one cannot miss seeing and those include low country, Rock hill, various parks with rare to famous animals and the best landscapes. 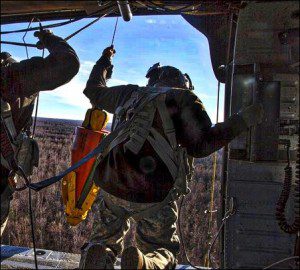 The Fort Jackson army base in Columbia in South Carolina: it is a general training and military camp which is run by the US army. It constitutes about 50% of the Basic Combat Training module and every year, more than 36,000 military personnel go out from this training camp.

The Charleston Air force base is also a popular fortified base in South Carolina: the airport at the base of this place is used for the flight of the civilians, and also for the international flights. It has reserve troops and it currently hosts more than 20,000 individuals.