Cities in Oklahoma where our military defense attorneys represent service members at court martial and in administrative separations:

Fort Sill is a major US Army post located in southwestern Oklahoma. Due to its construction during the Indian Wars and its contribution to the wars that involved the US, it was designated as a National Historic Landmark on December 19, 1960 and added to the National Register of Historic Places on October 15, 1966.

The installation was originally home to the US Army Field Artillery Center, the Army Field Artillery School, the III Corps Artillery, and the Army’s Center of Fires. After the Base Realignment and Closure Commission included the base to its list of affected bases, more major artillery units from other commands have been transferred to the installation including the Army Air Defense Artillery School, the 31st Air Defense Artillery Brigade, the 75th Fires Brigade, and the 214th Fires Brigade. Fort Sill is one of the five locations for Army Basic Combat Training.

Altus AFB is operated by the Air Education and Training Command located in Altus, Oklahoma. The base was built in 1942 and is currently home to the 97th Air Mobility Wing. This wing is tasked to train C-17 Globemaster and KC-135 Stratotanker crews in advanced specialty programs for 3,000 students yearly.

Altus AFB has a total land area of 3,500 acres and hosts 3,500 military personnel and 550 civilian employees. 300-400 students are trained in the air force base at any given time. With to the transfer of the basic loadmaster course from Sheppard Air Force Base to Altus on August 2002, the wing’s missions became bigger. The wing combined the similar training programs of both bases to reduce the trainees’ movements and to cut costs.

Tinker AFB, a military base located in Oklahoma City, Oklahoma. The base was built in 1941 and is currently home to the 72nd Air Base Wing, and the AFMC Oklahoma City Air Logistics Center. The base is home to 26,000 military and civilian personnel with a payroll of $760.9 million. Tinker Air Force Base also houses the Strategic Communications Wing One of the Navy. This wing’s employment consists of 1,300 sailors and 100 contractors.

Vance AFB, operated by the Air Education and Training Command, is located in Enid Oklahoma. Vance AFB is home to the 71st Flying Wing under the Nineteenth Air Force of the Air Education and Training Command. The base encompasses 4,934 acres and employs 2,450 people of whom 1,050 are military, 200 are civilians, and 1,200 are contractors. The primary mission of Vance Air Force Base is to provide the US Air Force with highly-trained pilots, to provide aircraft maintenance of USAF aircraft, and to conduct civil engineering activities.

The Container Inspection Training and Assistance Team (CITAT) is the US Coast Guard’s support unit for training personnel in the inspection and handling of containers transporting hazardous materials at sea. The unit is housed at the Mike Monroney Aeronautical Center in Oklahoma. CITAT conducts regular training courses for personnel assigned to work on these materials. The unit also provides specialized courses focusing on particular modes of hazardous material containment and transport. CITAT also conducts periodic inspections and evaluation to assess the the preparedness of Coast Guard personnel in the handling of such materials, including skills and equipment capabilities.

The South Central United States includes the beautiful Oklahoma state. This is the 28th populated and 20th extensive state of the US. The name of the state was derived from Choctaw words called Okla and humma which means red people. The nickname is more popular which is called as The Sooner State. The residents of the state are informally called as Oklas or Oklahomans. Oklahoma City has been declared as the capital city and also the largest one. It has acquired 69,903 sq mi.

According to the census of 2014, the population of the state is 3.878 million. 24% of the state has been covered by the forests and water has covered around 1224 sq mi. There are 34 major reservoirs in the state. It includes 200 man-made lakes. The highest point is the Black Mesa, which is 4973 ft above the sea level. The motto of the state is labor conquers all the things.

The US has taken the Oklahoma in the year 1803 from France. Earlier the region was divided into Oklahoma Territory and Indian Territory. On Nov 16, 1907 these both territories were combined to make the Oklahoma territory.

This is an amazing oil-rich state and popularly known as The Big Friendly. Oil refining, machinery manufacturing and food processing are the important industries of the state, which have increased its economic level. Minerals such coal, copper, silver, zinc, helium and gypsum are also produced.

The cattle products, dairy products, swine and broilers have contributed more than half of the Oklahoma’s annual farm. It is also famous in their agricultural activity which yields wheat, sorghum, hay, cotton and peanuts.

Apart from the industries and farm lands, it also attracts tourists all over the year. The tourists can make a visit to :

1. Oklahoma City Zoo: It includes more than 500 animal species and it also includes the botanical garden with wide variety of plants.

2. Oklahoma City National Memorial: It includes pools, gardens and sculptures where one can spend their leisure time and also can acquire the best knowledge within.

The other places such as Gilcrease museum, Museum of Great Plains, Marland estate mansion, museum of art and Overholser mansion are the top rated places where one can visit. 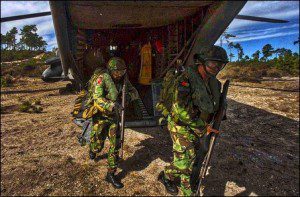 There are many military bases which include Air Force bases, Coast Guard bases and Army bases. Altus Air Force Base includes about 2000 military troops.

It also includes around 1000 retired troops which help to benefit the onsite facilities. It includes 97th Air Mobility Wing. There are different operations group, maintenance directorate and mission support group.

The other Air Force bases are Vance Air Force base and the Tinked Air Force base which provides the great support and services to the state. The Army Bases such as Fort Sill Army Base in Lawton and Mcalester Army Ammunition Army base.

The two major commands of Fort Sill are FORSCOM and TRADOC. It also includes MEDDAC and DFAS. Mcalester plant has the best manufacturing facility to explosives and hence the public is not allowed to enter these protected areas. Visitors should bear the common access card or the pass from security office.

The Coast Guard Bases such as Coast Guard Institute in Oklahoma City and Container Inspection Training USCG Oklahoma city supports the training operations and the sessions. They provide all the facilities at highest standards. The unit includes the experts and professionals who can deal with harmful and hazardous substances.

The risk is very low compared to all other units. The USS Oklahoma battleship is also a historical thing to remember, as this battleship sunk in the Pearl Harbour attack during the Second World War, but it was used extensively during the First World War.