Cities in Ohio where our military defense attorneys represent service members at court martial and in administrative separations:

Wright-Patterson Air Force Base is located in between Greene County and Montgomery County, near Dayton, Ohio. Wright-Patterson designs, tests, and modifies future weapons with the help of its 10,000 researchers, scientists, and engineers.

The base is the largest and the most organizationally complex among all bases in the Air Force. Wright-Patterson AFB employs 24,000 people making it the 5th largest employer in Ohio. It houses at least 70 units of 7 different Air Force commands as well as multiple Department of Defense organizations. The base has the best research and development center in the Air Force.

The Integrated Support Command Cleveland was one of the ISC’s under the US Coast Guard. Its main duty is to provide support to the Coast Guard division stationed in Ohio. The command was formerly headed William A. Schmidt. Under the US Coast Guard modernization program, the functions of ISC Cleveland has since been broken up into two separate units. The Personnel Services and Support Unit (PSSU), headed by Lt. Jeannie Paschal, is tasked with providing basic services for Coast Guard personnel. On the other hand, the Health Safety Work Life (HSWL) Off Field Services handle the welfare needs of the servicemen.

The beautiful state located in the Midwestern United States is popularly known as Ohio. The name was derived from Ohio River and was originated from the word Ohi-yo which is an Iroquois word, meaning large river. The bordering states of Ohio comprise West Virginia, Indiana, Kentucky, Pennsylvania and Michigan. On March 1, 1803 the admission to Statehood was declared.

It is the 34th largest state by the area and the 10th most populated state. According to the census of 2014, the population has been raised to 11.59 million. Columbus is the capital of the state and it has also been announced as largest city. Historically, Ohio is known as Buckeye State. Ohio holds a prominent place as far as the Federal democracy of America is concerned, as 6 presidents of the US have declared Ohio to be their place of origin. 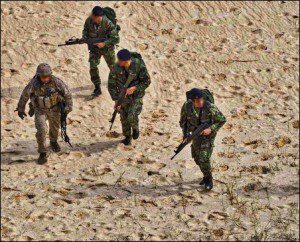 Ohio was explored by France in the year 1669. After the French and Indian wars it became the British property. After the revolutionary war in 1783, Ohio was taken by US. There were many fights with the Indians in Ohio. Ohio gained its popularity for its lime productions and it stands high ranking level in gravel, sand and crushed stone production.

The soil of the Ohio produces corn, oats, soybeans, wheat, hay and fruits such as apple, peaches, grapes and strawberries. It is one of the nation’s industrial leaders and it has acquired 3rd rank in manufacturing employment. In most of the Ohio’s cities, the manufacturing centers are located. Canton is known for roller bearings, Akron for rubber, Cincinnati for jet engines and machine tools, Dayton for office machines, refrigeration and heating equipment, Cleveland for auto assembly, auto parts and steel, and Toledo for glass.

There are major tourist attractions in Ohio, and these include: Cedar point: This is the summertime amusement park which is located near Sandusky. It includes roller coaster rides, water rides and many more dry and water games. Cincinnati museum center: This is the multi-museum complex; it includes children’s museum and museum of natural history and science. There are other places like botanical garden, Cleveland art museum, Stan Hywet Hall and Garden which are attracted by many tourists. 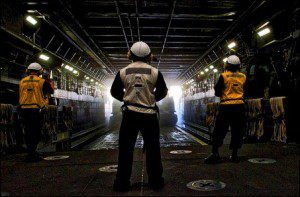 Wright-Patterson Air force base is one of the largest military bases which are operated by US territory. Maintaining the base, operating on local airfield and dealing with any type of service is the general mission of this base.

The name of this base was given in the memory of Wright brothers. The Wright brothers have solved many mysteries of aerodynamics and they found first flying machine.

Hence it was decided to build military base. There are many units which inhabit Wright-Patterson Air Force and 88th Air Force Wing is the important one.

ISC is also the similar installation and is operated by United Coast Guard. It includes multiple divisions and offices. It has great support for Coast guard troops. Most of the offices have provided excellent work. The best service is provided to the citizens with high quality standards. The national and international border defense, protecting the country against possible insurgencies, and highlighting a strong military network, are some of the primary agendas of the Wright Patterson Air Force Base.

The administration and management are perfect along with the reserve management, human resource management and other supportive systems. The maintenance and logistic departments comprise great professionals and they carry out many expert tasks.