Cities in North Carolina where our military defense attorneys represent service members at court martial and in administrative separations:

Fort Bragg is an Army installation located left of Fayetteville, North Carolina. At 251 square miles covering four counties, the installation is one of the largest and busiest of all military complexes in the whole world.

The base is home to the Special Operations Command’s Green Berets, the only Airborne Corps and Airborne Division of the US military. The base supports the 100,000 parachute jumps practiced each year by the 82nd Airborne Division. Because it comprises almost 10 percent of the US Army’s active component forces, Fort Bragg is now recognized as the largest installation of the US Army worldwide. This is evident in the population count in the installation which numbers 43,000 active duty personnel, and 8,000 civilian personnel.

Pope AFB is located in Cumberland County, near Fayettville, North Carolina. It was built in 1919 and is currently home to the 43rd Airlift Wing, the 23rd Fighter Group, and the 18th Air Support Operations Group.

The 43rd Airlift Wing stationed in Pope Air Force Base is tasked to provide airlift aid to the 82nd Airborne Division and other Fort Bragg units. The base supports the Air Force through providing Rapid Global Mobility. Its C-130s fly people, equipment, and supplies anywhere in the world to support US Military and Civic operations.

Seymour Johnson Air Force Base is operated by the Air Combat Command and located in Goldsboro, North Carolina. It was built in 1942 and is currently home to the 4th Fighter Wing and the 916th Air Refueling Wing.

Seymour Johnson Air Force Base encompasses 3,300 hectares of land. It was originally named Headquarters, Technical School, Army Air Forces Technical Training Command. 4th Fighter Wing, housed in Seymour Johnson AFB trains and operates missions with its 92 F-15E Strike Eagles. The unit is capable of deploying anywhere in the world on short notice and establishing air power. The unit is also responsible for training all other F-15E pilots of the US Air Force. 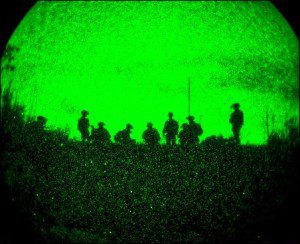 Much of the operations of the CGAS Elizabeth City base is centered on search and rescue missions. However, it is also part of the International Ice Patrol, which monitors the oceans for icebergs veering close to Atlantic ship routes. For these purposes, the base has six HC-130J aircraft and five HH-60 helicopters at its disposal.

The National Strike force is the US Coast Guard’s immediate incident response unit. It mainly handles specialized tasks such as oil spill and hazardous waste clean up, as well those dealing with biological and chemical weapons. The NSF has around 200 active personnel on duty. These are divided into three strike teams that cover the entire country.

The Atlantic Strike Team covers the eastern states, while the Pacific Strike Team is responsible for the western section of the country. Meanwhile, the Gulf Strike Tem is charged with the southern states all the way to Puerto Rico and Mexico. In order to respond to threats, the NSF has the necessary equipment and are trained at handling these particular situations.

Camp Lejeune is a Marine Corps training base located in Onslow County, North Carolina. It has long been home to the II Marine Expeditionary Force, the Marine Special Operations Command, the 2d Marine Division, the 2d Force Service Group, and a multitude of other tenant combat units and support commands.

The base has five satellite installations under its command: Marine Corps Air Station New River, the Greater Sandy Run Training Area, Camp Geiger, Stone Bay, Courthouse Bay, and Camp Johnson. The base was constructed in April of 1941 and is named in honor of John A. Lejeune, the 13th Commandant of the Marine Corps. During training, the base offers active and reserve combat commands with support such as logistics, transportation, and coordination for deployments.

It is also host to the Marine Air Group 14 and the Commander Marine Corps Air Bases East. MCAS Cherry Point has the primary mission of supporting the 2nd Marine Air Wing in training and other operations in preparation for deployment anywhere in the world at any time. The base is home to more than 49,000 people composed of active duty and retired Marines, civilian employees, and family members.

The base shares its facilities with nearby Camp Geiger. The base is the primary US Marine Corps helicopter base on the East Coast and supports aircrew training for the helicopters operated by Marine Corps aviation units. It also manages two Marine Corps Outlying Landing Fields, MCOLF Oak Grove and MCOLF Camp Davis. New River was the first Marine Corps base to be supplied with the new VM-22 Ospreys.

The southeastern United States includes the amazing place called North Carolina. Consisting of 100 counties, North Carolina has witnessed sufficient economic transformation from agriculture, to industrial sectors. The state borders Virginia to the north, South Carolina and Georgia to the south, Tennessee to the west and Atlantic Ocean to the east. It is also known popularly as Old North State and Tar Heel State. The climate of the coastal plains is influenced by Atlantic Ocean. Raleigh is the capital city which is also home to N.C state university and the largest city is the Charlotte. It includes the research triangle Raleigh, Durham and Chapel Hill. According to the US census Bureau the population is about 9.944 million (2014-2015).

North Carolina was established as an English colony in the year 1663-1665, and it also experienced the effects of the American Revolution. During the civil war, it joined the Confederacy. The economy of the country is rising day by day because of the knowledge based enterprises like pharmaceuticals, biotechnology and the life sciences apart from the tobacco, furniture and the textiles. It contains 17 river basins, out of which 11 have their inception from inside the state only. There are major climatic variations all throughout the year.

Some of the important and top rated places of North Carolina are:

Biltmore Estate: It is the attractive place found in Asheville. It is the largest home found in the US. It includes 250 rooms with variety of artwork, architecture and antiques. The tourists can also find River Bend Farm and the gardens.

Morehead Planetarium and Science Center: This is the best place for children as it provides knowledge about planets, constellations and bright stars and also fun activities. It is located in the University campus of North Carolina.

Grandfather Mountain: This provides the best picturesque view to the visitors. It includes ladders and mountainous panoramas. The challenging treks can be carried out by the visitors. One can plan a walk across Mile-High swinging bridge which gives the beautiful experience.

North Carolina Zoo: You can find approximately 2000 animals and 52000 plants here. There are wide varieties of species from different part of the world.

Old Cardinal Gem Mine: Here the geologists can find gems for the treasures. The tourists are allowed to dig and they can also purchase the gems. There are also fun filled family attraction spots where you can play treasure hunt and can acquire gems in your bucket. 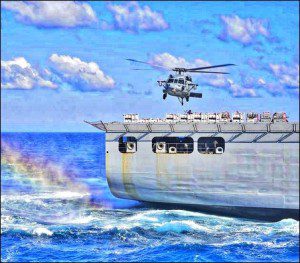 The military foundation of NC plays an important role in the defense and the homeland security. It is carried out by the state’s prominent and popular corporate citizens and the decision makers, who work for the benefit of the state. The military presence has provided many economic opportunities to its residents.

Directly or indirectly the military has contributed in the growth of the NC through employment, capital investment and defense contracting. The NC military includes some installations like Air Force base in Wayne County, Military Ocean Terminal at sunny point in Brunswick County. The Army Corps of Engineers, US Coast Guard, National Guard are included in the military activities. NC experienced the strong rises in the economy in the year 2007 to 2013 according to the military impacts.

There are five military bases, US coast guard base and the military ocean terminal:

US Coast Guard Base in Elizabeth City

These provide airpower services and the armed services to the US. The employment is more than 200 personnel including army staff and civilian contractors. Several installation units are set up to provide better military services.