Cities in Nevada where our military defense attorneys represent service members at court martial and in administrative separations:

Creech Air Force Base, known as Indian Springs Air Force Auxiliary Field until 2005, is home to the unmanned Predator missions conducted regularly in Afghanistan, Iraq, and Pakistan. But before its role in the War on Terror, Creech, like all military bases constructed during the ’40s played a vital role in WWII. The base itself is renamed in honor of General Creech who reshaped the way in which the Air Force operated during his time in the Military. He died August 26, 2003. The 99th Range Squadron commands the base and the 11th and 15th Reconnaissance Squadron man the Predator system. A system introduced to reduce the costs of persistent surveillance without directly risking any soldiers.

Nellis Air Force Base is operated by the Air Combat Command and located in Clark County, near North Las Vegas, Nevada. It was built in 1941 and is currently home to the 99th Air Base Wing and the 57th Air Base Wing. It is named after First Lieutenant William Harrell Nellis, who was killed in his P-47 during the Battle of the Bulge. The largest and most rigorous advanced air combat training in the world is done in Nellis. Nellis AFB trains composite strike forces using all types of aircraft available in the US Air Force. Training is also participated by ground forces of the Army and the Marine Corps. Air Forces of other allied nations also participate in the exercises.

Naval Air Station Fallon is a military facility for air-to-air and air-to-ground training. The training base is located in Churchill County, Fallon, West Nevada. It was built in June 10, 1944 as a defensive airfield to repel probable Japanese invasions during the Second World War.

NAS Fallon bases the Naval Fighter Weapons School, popularly known as Top Gun, and the Naval Strike Air Warfare Center which controls TOPGUN, the Carrier Airborne Early Warning Weapons School, and the Navy Rotary Wing Weapons School. Training for Navy SEAL Combat Search and Rescue also takes place in the base. The base has a population of 2,499 which includes 1,058 active military personnel and 879 contractors.

Situated in the western side of United States with large expanses of deserts, is the state of Nevada. The capital of the state is Carson City. Officially Nevada is known as the “Silver State” due to the importance of silver in its history and economy. The state is also called as “Battle Born State” since it achieved its statehood during the Civil War and as the “Sagebrush State” for the native plant in the same name.

Major part of Nevada is within the Basin and Range Province. Many north-south mountain ranges break the state. River Humboldt crosses the state from east to west. The southern part of the state where Las Vegas is situated is within the Mojave Desert. Nevada is the driest state in the nation. The state is made of mostly desert and semiarid climate regions, where day time temperatures soar as high and nights are cooler. It is the 35th most populous state and 9th least densely populated state of US. 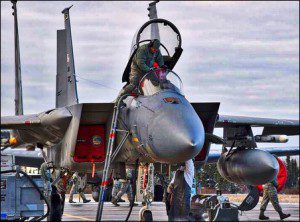 As per the history of the state Nevada was part of the Spanish Empire but administratively it was part of Command General of the Province Internas in the viceroyalty of New Spain. In 1804 it became part of Upper California province. Nevada territory separated from Utah territory in 1861 and adopted its current name which was shortened from Sierra Nevada which meant snow covered mountain range in Spanish. It became the 36th state eight days prior to the presidential elections of 1864. Silver mining in Nevada shaped its economy during years. It had the fastest growing population until 2003 in US percentage wise.

Small percentage of population lives in rural regions of Nevada and their culture is significantly different from people living in metropolitan cities. The city of Las Vegas is famous for its 24 hours Casinos, luxury resorts including the Bellagio which is set behind the iconic dancing fountains and entertainment hubs; hence it is called the Entertainment Capital of the World.

Apart from this the city is also home to museums such as Mob Museum, upscale shopping malls, various restaurants and extravagant shows. Other than Las Vegas the state of Nevada has many more tourist attractions such as Valley of Fire State Park which is Nevada’s oldest and largest state park, Virginia City which is again hub for casinos, Red Rock Canyon National Conservation Area, Laughlin and Carson City. Some of the prominent educational institutes of Nevada are University of Nevada, Las Vegas, University of Nevada, Reno, Nevada State College and Great Basin College. 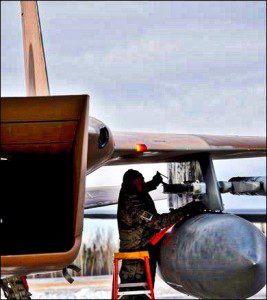 There is also the Hawthorne army depot base located in Hawthorne, Nevada. This base serves as a strategic storage point for keeping ammunitions, and it also holds the rights to issue, receive, demilitarize and use the ammunitions during times of national or regional conflicts. The NAS Fallon navy base is a comparatively new establishment, when compared to the other navy bases located in the US, but it is the first military base of any country, to operate air-to-air and air-to-ground military operations during times of need.

Thus these three military bases form an integral part of Nevada’s internal and external fortifications. These are well-guarded and manned by trained troops.