Cities in Montana where our military defense attorneys represent service members at court martial and in administrative separations:

Malmstrom Air Force Base is operated by the Air Force Global Strike Command and located in Cascade County, near Great Falls, Montana. The base is home to the 341st Missile Wing, the 819th Red Horse Squadron, the Air Force Office of Special Investigations, the Civil Air Patrol, and the Defense Reutilization and Marketing Office.

Malmstrom is home to about 4,500 military and civilian personnel and their families as well as retirees and reservists. Malmstrom AFB is in charge of maintaining and operating the Minuteman III ICBM together with Warren AFB, Minot AFB, and reports to the Twentieth Air Force in Warren.

Montana also popularly known as “Big Sky Country” due to its wide open spaces is a western state in the United States of America. The name was derived from the Spanish word Montana or mountain. The state has been given many nicknames such as “ The Treasure State”, “ land of Shining Mountains” and latest one being “ The Last Best Place”, and is the 4th largest state in Union.

It is the only state to share its borders with three Canadian provinces which are the British Columbia, Alberta and Saskatchewan. Most of the mountain ranges in the state are concentrated towards the western part of the state. The significant feature in the north-central is the Rocky Mountain Front. There are plenty of undulated geographical features, including rivers, brooks and plains. Ranching and cereal farming are some of the staple agricultural pursuits, but industry, service and rocks mining also contribute to the Gross Domestic Produce. 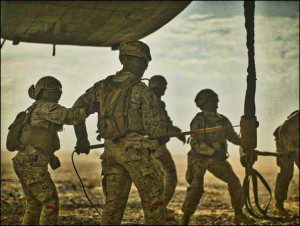 The land of Montana was inhabited by various tribes from Europe and United States. The state was realm of fur traders and Native Americans.

Though fur trade bought material gains to the traders but the state got exposed to many European diseases which altered their economic and cultural traditions. Numerically and percentage wise Montana has more population of Native Americans than any other state in United States and Spanish is the most commonly spoken language by people after English.

The state boasts of various good schools, colleges and the Montana State University and University of Montana dominate amongst the other universities. The state has many Native American Indian Reservations and they form a strong cultural base for the state’s Indian population.

Montana has a scenic beauty which has been attracting tourists for years. The Glacier National Park has many snow capped peaks, lakes and alpine trekking trails which stretch up to 50 miles. Apart from this Museum of the Rockies, C.M. Russell Museum, Grizzly and Wolf Discovery Center, Great Falls and West Yellowstone are among favorite tourist attractions. The state has been home to several Indian tribes; the Crow, the Sioux and the Plains. One of the largest outdoor recreation areas called Bighorn Canyon National Recreation Area is 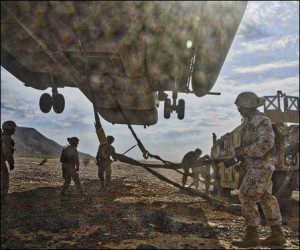 Army has played a key role in the state in settlement of Native Americans. Many Montanans served in both the World Wars. Montana has only one military base which is run by Air force.

Maelstrom AFB is located in the Cascade Country at the center of Montana. The place was named in the memory of Eisner Axel Maelstrom who was shot down in Germany during World War II. The initial purpose of the base was to support the Soviet Union in the fight against Germany.

During the war the units which were hosted there operated under the command of British Air Force in Europe. As the World War II reached its end in 1945, supplies to Soviet Union were ceased and after the war was over, the base went in opposite direction , as and when the Cold War satretd with soviet Union.

The main objective was to ensure defense of the country. The base hosts the 341st Missile Wing. It is one of the three wings that can maintain and operate the powerful Minuteman III missiles.

The mission support group, the operations group, the maintenance group, medical group and seven staff agencies, such as Comptroller Squadron are included as part of this unit.