Cities in Missouri where our military defense attorneys represent service members at court martial and in administrative separations:

Leonard Wood is a boot camp. Due to the Base Realignment and Closure commission, a majority of the US Army Engineer Schools were moved to Fort Leonard Wood. Other units that were also transferred to Fort Wood are the US Army Maneuver Support Center of Excellence, the US Army Chemical Corps, and several Military Police Corps Schools.

Whiteman Air Force Base is operated by the Air Force Global Strike Command and located in Johnson County, near Knob Noster, Missouri. It was built in 1942 and is currently home to the 50th Bomb Wing. This unit is in charge of operating B-2 Spirit Stealth Bombers and is tasked to eliminate targets of high-value in conditions where conventional bombers cannot reach the target zone or where the area is heavily defended posing high risks to incoming conventional aircraft.

Whiteman AFB is named after Second Lieutenant George Allison Whiteman, who died while attempting to take off with his P-40 Warhawk during the attack of Pearl Harbor making him the first US airman to die in combat in World War II.

These reserve units are tasked with providing support and additional personnel for the main Marines force. The Mobcom regularly communicates with these units to ensure that they are always ready to respond to calls from the main command. The Mobcom’s main headquarters is near Belton in Kansas City, Missouri. 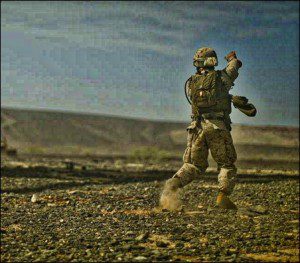 The land of Missouri was acquired from France during the Louisiana Purchase. The archaeological survey says that the state was habited some 7,000 years ago.

The people used to follow Mississippian culture during ancient times. They used to build massive earthwork mounds for religious, political and social reasons which were typically in platform. With great advancements in technical and industrial set-ups, after the Second World War, Missouri turned into a hybrid form of agricultural, service and industrial economy.

St. Louis was earlier known as Mound City by European Americans, because of its numerous prehistoric mounds. It also became the center for fur trade which made the city as financial center. Its location near the Illinois River also made the city as an agricultural area.

In the present times as well Missouri is famous for its agricultural products such as soybeans, beef, pork, dairy products, cotton, rice and eggs, along with limestone as an industrial raw material.

Majority of people in Missouri speak English and follow Christianity but small segments of people are there who use Spanish and French as their main language. Many well known musicians were born or lived in the state of Missouri; guitarist and rock pioneer Chuck Berry, singer and actress Josephine Baker, Tina Turner the “queen of rock” to name a few. This popular holiday destination boasts of many jazz clubs, National World War 1 Museum and the Nelson-Atkins Museum of Art which has giant shuttlecock sculptures on its lawn.

Missouri is a big educational hub; it has various primary and secondary schools along with colleges and universities. The flagship institute is the University of Missouri in Columbia. Amongst the private institutes the two top ranking schools are Saint Louis University & Washington University in St. Louis.

The historical museums in the state speak about the strong military history of the state. The state has witnessed civil war and both the World Wars. 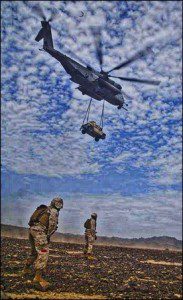 There are three main military base in Missouri. Whiteman Air Force Base in Johnson located in Knob Noster which is approximately 60 miles southeast from Kansas City and is home to 3800 active duty military, and 5000 family members and it employs 902 civilian workers.

It is a joint tenant facility between army, naval and air force and also serves as home to Missouri Army National Guard’s. Fort Leonard Wood Army Base was built in 1940’s and was named after the then Chief of Staff General Leonard Wood.

It is situated in Pulaski and is the largest Army training post in the Ozark region. Being a remote and rural location it makes for an ideal spot for field trainings. MC Mobilization Command Marine Corps in Kansas City is the most important branch operated by US Marine Corps Reserves.

The primary mission is to deal with reserve units in the Marine Corps as they are trained to deal with the military fortification of the national boundaries, and to stop insurgency in cases of emergency.

Even in times of peace, they have to be fit and are suppose provide help to the surrounding communities.