When You Need a Court Martial Lawyer in Bethesda, MD

Our military lawyers have successfully defended military members around the world.

The hard-hitting court martial defense lawyers at Gonzalez & Waddington have earned a reputation for defending military service members at military installations worldwide. If you are stationed in Bethesda, MD and are under investigation for a military offense, then hiring the most hard-hitting military defense lawyer can be the difference between having your rights trampled or winning your case and saving your career. Our court martial lawyers defend Bethesda, MD service members in both criminal and administrative matters. These include representing military personnel suspect of of sex assault, fraternization, and other crimes under the UCMJ.

Unlike most civilian criminal defense lawyers, or your assigned military lawyer, we do not commonly plead guilty. Our attorneys force the military to prove their case beyond a reasonable doubt. We take just about every criminal case to trial and fight the allegations in front of a jury.

Our military court martial results are clear. The accused service member and his or her desired outcome is our chief concern. Our military lawyers keep smaller caseloads than the typical assigned military attorney so that we can focus on each case on an individual basis. Your case will not be delegated to a random lawyer and we will not bully you into pleading guilty at the last minute. Our court martial defense lawyers have defended military court martial and administrative separation (ADSEP) cases in the United States and worldwide.

Our hard-hitting court martial defense attorneys will use our skills to fight your court martial or administrative separation (ADSEP) case in Bethesda, MD.

Service members stationed in Bethesda, MD merit the best court martial lawyers available to represent them at their court martial or administrative separation board.

If you or a family member are stationed in Bethesda, MD and are suspected of a UCMJ crime, such as sexual assault, or if you are dealing with an admin discharge, Article 15, elimination board, or letter of reprimand, contact our court martial defense lawyers today.

Bethesda northwest of the Washington D.C., in southern Montgomery County, Maryland, is a census-designated place. Bethesda takes its name from a local church, the Bethesda Meeting House. A number of government and corporate headquarters, the main camp of National Institutes of Health, the Walter Reed National Military Medical Center, the Uniformed Services University of Health Sciences, several other military medical and research institutions, the Consumer Product Safety Commission, and the Naval Surface Warfare Center Carderock Division are located in Bethesda. The Montgomery Farm Woman’s Cooperative Market and the Bethesda Farmer’s Market are the two main markets located here. Bethesda is also one of the most affluent and highly educated communities in the U S and was placed first in the Forbes list of America’s highly educated small towns and the Time’s list of top earning towns. According to the United States Census Bureau, in 2013 the total population of Bethesda was about 63,500. 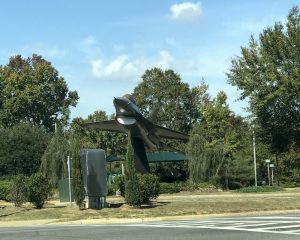 Bethesda is situated along the route of an ancient Native American trail, originally a major thorough-fare. An English Fur trader, Henry Fleet was the first European to travel to the area, by sailing up the Potomac River. Most early settlers in Maryland County were tenant farmers who used tobacco to pay their rent. Rural tobacco farming was the primary way of life in Bethesda. Between 1805 and 1821, Bethesda became a rural way station after development of a toll road. The main commercial corridor through Bethesda is Maryland Route 355 runs into Washington, D.C., ending in Georgetown.

The Second World War and the expansion of the American government led to the rapid expansion of Bethesda. The National Naval Medical Center and the National Institutes of Health complexes were built to the north of the developing downtown. This drew several government contractors, medical professionals, and other businesses to the area. Bethesda has consolidated as the major urban core and employment center of south-western Montgomery County in recent years. This growth has been significantly vigorous following the expansion of Metrorail with the Bethesda station. Building of the Bethesda Metro Center over the Red line metro rail opened up further commercial and residential development around the surrounding locality.

The Walter Reed National Military Medical Center earlier known as the National Naval Medical Center and commonly referred to as the Bethesda Naval Hospital is the premier and flagship medical center operated by the US Navy and it is also one of the most renowned medical centers in the world located in Bethesda. The U.S. Army Medical Department caters to more than 150,000 retired and active personnel from all divisions of the military. It has served the Presidents and national leaders of America for more than 65 years, and it is staffed by 4500 professional medical personnel. The original Medical Center was composed of a Naval Hospital, designed for 1,200 beds, the Naval Medical School, the National Naval Dental Center and the Naval Medical Research Institute

Important medical institutions located in Bethesda include the National Institutes of Health campus, Walter Reed National Military Medical Center, the Uniformed Services University of the Health Sciences (an institution for health science run by the U.S. federal government with the sole objective to prepare graduates for service at home and abroad in the medical corps), as well as a number of other military medical and research institutions. Other federal institutions include the Consumer Product Safety Commission, and the Naval Surface Warfare Center Carderock Division.

The defense conglomerates Lockheed Martin also have their headquarters in Bethesda.