When You Need a Court Martial Lawyer in Baltimore, MD

Our military lawyers have successfully represented service members around the world.

The experienced defense attorneys at Gonzalez & Waddington have developed a reputation for representing service members at military installations worldwide. If you are stationed in Baltimore, MD and are under investigation for a military crime, then hiring the most experienced court martial lawyer can be the difference between getting convicted versus winning your case or saving your career. Our defense lawyers defend Baltimore, MD service members in both UCMJ and administrative matters to include defending service members accused of sexual assault, drug use, and other offenses under military law.

This video is a excellent example of why you must hire the best military criminal defense attorneys possible.

Unlike most civilian defense lawyers or your free military counsel, pleading guilty is an option of last resort. Our attorneys make the military to prove their case beyond a reasonable doubt. We take just about every case to trial and fight the allegations in front of a jury.

Our aggressive military attorneys will use our experience to defend your court martial or administrative separation case in Baltimore, MD.

If you or a family member are stationed in Baltimore, MD and are accused of a UCMJ crime such as sex assault or if you are confronted with an administrative separation, Article 15, elimination board, letter of reprimand, then contact our court martial attorneys today.

Baltimore, MD is where the action is with its people and symbols of history

An Overview of Baltimore, MD

Founded in 1729, Baltimore is one of the most populated cities in Maryland State in the US and the largest city of the state. It also boasts of a splendid infrastructure and a varied transportation system. It was one of the major manufacturing centers of the US but now it is more of a service-oriented center. Located on the Patapsco River in the north-central side of the state, Baltimore can be divided into two regions, the Lower city and the Upper city, the division line being the fall line situated between a plateau and coastal plain, namely Piedmont and the Atlantic.

To the south of Baltimore is the Anne Arundel County but though the city is encompassed by Baltimore County, there is no political influence on the region. Baltimore has a total area of 92.1 square miles, with 11.1 square miles of water that explains the existence of many harbors and ports in the city. The population of the city stood at 622,104 as per 2013 Census, thus making it the 26th most populated city in the United States. 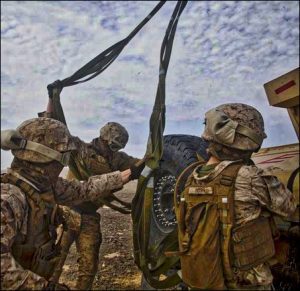 With centuries old history, Baltimore has around 289 properties, perhaps the largest number for any city or town, which is officially designated as historical places. The city gets its name from the second Lord Baltimore, Cecil Calvert. The name ‘Baltimore’ is derived from its Irish name ‘Baile an Ti Mhoir’ or ‘the town of the big house’.

In the early 17th century, the region was home to British colonists. In the 1600s, the place has a very sparse population, just a few Native Americans. Slowly, commercialization started taking root and the Port of Baltimore was set up in 1706 for the facilitation of tobacco trade. The town of Baltimore was established only in 1729. During the 18th century, the town was famous as a sugar granary and in 1763; the public market system came into being. Baltimore was a main participant in the American Revolution. It was in 1812 that the Battle of Baltimore took place, after which the city saw a deluge of activities, both commercial and social.

10 of the most fascinating activities to do at Baltimore

* For a history touch, visit the Reginald F. Lewis Museum

* Catch a game at Oriole Park

* Celebrate the artist in you at the American Visionary Art Museum

* Be creative at Artscape, the largest free arts festival

* Delve into sea flora and fauna at the National Aquarium

* Get a ride into history at B & O Railroad Museum

Baltimore can be called the city of achievers, as there are hundreds of famous people who have made their names in different fields, from writing to music and many more such fields. The renowned writer Edgar Allan Poe was from the city. In fact, the Star-Sprangled Banner, the iconic song that later went on to become the national anthem of the county was written in the city by Francis Scott Key in 1812.

Military Details of the Coast Guard at Baltimore

The Coast Guard Yard, set up by the United States Coast Guard located just a few kilometers from Baltimore at Curtis Bay is one of the most important coast guard centers in the county. It is the only shipbuilding centers in the US. It is one of the most important sites for armed forces as it builds ships for the army and there are no other ship building centers in the country. The yard can also be said to be a research center as it is constantly striving to come up with innovations and new ideas that will go on to set benchmarks for the army in the future.