Cities in Maine where our military defense attorneys represent service members at court martial and in administrative separations:

Naval Air Station Brunswick is a US navy installation containing a military airport located in Brunswick, Maine. Prior to its planned closure on 2011, the base has been home to maritime patrol aircraft operated by the navy. It is the last Department of Defense airfield in the northeast. It is home to Patrol and Reconnaissance Wing Five which operates and maintains P-3 Orion long range patrol aircrafts.

The air station is currently home to 2,317 Navy personnel as well as 61 civilian employees. It is also hoped that the former Navy Airfield will be transformed into a civilian airport and a Green Energy Park.

The Portsmouth Naval Shipyard is a major US Navy shipbuilding and maintenance facility Maine. The shipyard is located at the boundary between the states of Maine and New Hampshire, specifically near the city of Portsmouth, NH (where it got its name).

The shipyard is famous for the number of historical ships built in here. Most notable of these would be the large number of submarines used by the US navy during and after the world wars. One particular example was the USS Albacore, which pioneer the familiar cigar shaped design now common in most submarines.

Take a trip to vacationland in Maine

Established back in 1820 as the 23rd state in the union of United States, the state of Maine is one of the most popular destinations in the country for tourism, also termed as vacationland, the state sees thousands of tourists that come to visit the wonders of the state including its magnificent shoreline; and its close proximity to the Canadian border has also termed it as being the north eastern state.

The forests are renowned all across the country as people throng for camping and hiking expeditions to the state. The state is littered with beautiful waterways on which tourists can go boating; apart from this the place holds some excellent cuisine choices for the visitors including old seafood recipes that are quite popular among the locals and the visitors. The state has a population of just over a million people and it is considered to be safest state in America. 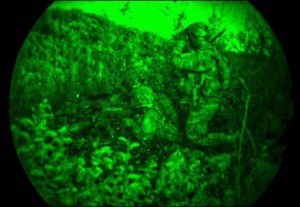 The city was mostly dominated by indigenous people before the settlement by the French after which the English soon arrived and after a mutual agreement with the French, the state was annexed to the union, traces of the indigenous people still remain to this day in the form of reservations and also several famous archaeological digs that have helped provide an insight into their existence.

The state shares its border with Canada in the north which is further defined by the presence of the mountain ranges. The coastline although rocky and jagged attracts thousands from across the country along with the pristine waterways which can be accessed by the various boat services.

The state has extensive forest cover which provides ample of camping and hiking opportunities to tourists who visit the state which has earned the state the name vacationland, another defining character of the state is the large population of pine trees in its forests which is further aided by the calm and serene sub tropical climate of the area accompanied with the gentle sea breeze in the coastal areas which has attracted tourists.

Over the years, the state has owed its economy mainly to tourism; however, since early times the state has been one of the largest ship building hubs in the country and has produced many of the famous naval warships. Defense Contractor Northrop Grumman is one of the shipbuilders in the area as well. 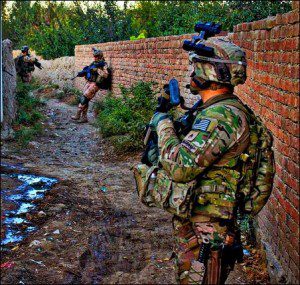 The military details of Maine are very old but they are also very celebrated, till 2011 the state had two operational bases; however after 2011, the budget cuts forced the closure of the Brunswick air force station. The more illustrious and celebrated NS Portsmouth Naval base and shipbuilding yard still continues to operate. The base is extremely old; in fact the base’s idea was first commissioned in 1800 by the French, however the idea still persisted before that as well.

The whole shipyard is officially over two centuries old and it has seen various wars but despite all odds the base still continues to operate today, a major upheaval of the base and up gradation of the facilities was done under the command of President John Adams who signed for the up gradation of the base. Till today the base continues to build and supply ships to the United States Naval forces and continues to maintain its long heritage of ship building activities.

Even during the war the base was one of the most active ones and the first in the United States to build and maintain submarines, the workforce was so huge and effective that four submarines were built and released in a period of 24 hours. The base was due for closure in 2005, but the protests by workers managed to keep it open.