When You Need a Court Martial Lawyer in Junction City, KS

Our military criminal defense lawyers have successfully represented service members around the world.

The aggressive defense attorneys at Gonzalez & Waddington have earned a reputation for representing military service members at military installations worldwide. If you are stationed in Junction City, KS and are under investigation for a military crime, then hiring the most aggressive military attorney can be the difference between losing your career and family versus winning your case or saving your career. Our defense lawyers represent Junction City, KS military personnel in both UCMJ and administrative matters to include defending service members accused of sex assault, theft, and other crimes under the UCMJ.

This video is a perfect example of why you should retain the best military defense lawyers that you can find.

Unlike the majority of civilian criminal defense lawyers or your free military attorney, pleading guilty is not something we commonly recommend. Our attorneys force the military to prove their case beyond a reasonable doubt. We take just about every criminal case to trial and fight the allegations in front of a jury.

Our military court martial outcomes speak for themselves. The suspected service member and his or her future is our main concern. Our criminal defense attorneys maintain lighter caseloads than the usual appointed military lawyer so that we can focus on every trial separately. Your trial will not be delegated to a third party and we will not bully you into pleading guilty at the eleventh hour. Our court martial lawyers have fought military court martial and administrative separation (ADSEP) cases in the U.S. and around the world.

Our aggressive military defense attorneys will use our experience to fight your court martial or administrative separation (ADSEP) case in Junction City, KS.

Service members working in Junction City, KS deserve the best military attorneys available to defend them at their court martial or administrative separation board.

If you or a loved one are stationed in Junction City, KS and are suspected of a UCMJ offense such as sexual assault or if you are dealing with an admin discharge, NJP, show cause board, reprimand, then call our military attorneys immediately.

How did Junction City, KS get its name? 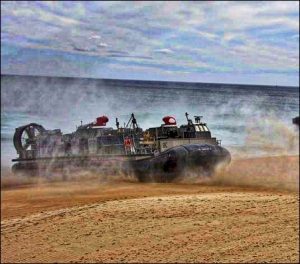 Junction City is located in Kansas in the United States of America, and it is also the county seat of the Geary County. Fort Riley which is a major army post is located nearby. The city derived its name as it was located at the junction of Republican and Smoky Hill rivers. According to the Census Bureau of the United States, the total area of it was 12.22 Sq. miles, out of which 12.15 Sq. miles is land and 0.07 Sq. miles is water. The average temperature of the city ranges from -9 degrees Celsius in January to 32 degrees Celsius in July. On an average it receives around 32 inches of rain from May to July. According to a census taken in the year 2013 the population of the city stood at 25,388 people. The city has a racial composition of Whites, Native American and African American people, as well as people of Asian and Hispanic origin.

The 1st Infantry Division which has returned to Fort Riley has contributed to the expansion of the city in recent times. Thousands of housing units with sub divisions are either completed or are under construction. The year 2008 saw a slowdown in the construction of new houses but it has become brisk once again when the Army predicted a shortfall of units for family housing in the region.

Brief history of the city

In the year 1854, the Cincinnati-Manhattan Company, which was associated to the Free Staters which in turn was connected to Massachusetts Emigrant Aid Company headed by Andrew J. Mead, planned a new community there which they called Manhattan. A steamship called Hartford which was to deliver immigrants was unable to reach the community due to low water levels in the Kansas River. The Free Staters settled down 20 miles to the East which is known today as Manhattan, Kansas. On the 3rd of October 1855 it was renamed as Millard City after Captain Millard and then later it was briefly renamed as Humboldt, later that year it was again renamed to Junction City which was incorporated in the year 1859.

Junction City is home to many societies dedicated to promotion of art and culture of the area. A council for bringing together organizations and individuals who are interested in the development and promotion of arts in all its forms was formed; they also host cultural events where local artists can display their skills.

Fort Riley: A major military base 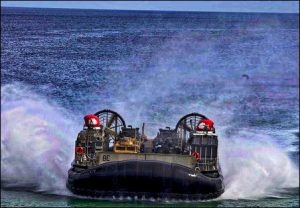 Fort Riley, a major military post is located near Junction City. Fort Riley is named after Major General Bennett C. Riley who led the military escort on the Santa Fe Trail. The fort which served as a military post was first established in the year 1853 in order to protect trade and provide safe passage to the people California, Oregon and Santa Fe routes. Fort Riley saw many changes after the entry of America into World War 1. A training site called Camp Fusion was built about 8 miles east of Fort Riley in the year 1917. The Second World War saw many more major developments in Fort Riley. Camp Funston was expanded and the 2nd Cavalry Division was stationed there, new barracks were constructed there which was called Camp Forsyth to which large areas of land were added for training troops.

The war between North and South Korea once again made Fort Riley an important post for training soldiers; fresh recruits were given basic training here. The year 1955 saw the utilization of the fort being changed from an educational and training center to being the base of a large infantry division. The mid -1960’s saw an increase in guerilla activities in South Vietnam and the 1st Infantry Division was deployed in South East Asia. This unrest in Vietnam resulted in the adoption of many new tactics by the U. S which in turn led to the deployment of troops trained in new tactics of warfare for which they were trained at Fort Riley. The Gulf War in the 1990’s when Iraq invaded Kuwait saw the largest troop deployment by the U.S after the Vietnam War. The troops who took part in what was known as Desert Storm were trained at Fort Riley.