Rock Island Arsenal is located on an island on the Mississippi River. It has been an active manufacturer of military equipment since the 1880s and today is the largest government-owned weapons manufacturing arsenal. During the Civil War, the island where the Arsenal now exists was used as a prisoner camp for captured Confederates. There is a museum at the Arsenal that focuses on this history, but also displays the arms and vehicles manufactured there. It is one of the oldest military museums in the country.

Scott Air Force Base is operated by the 475th Air Mobility Wing and is located in St. Clair County, near Mascoutah, Illinois. The base is owned by both the US Air Force and St. Clair County through a joint-use agreement. As such, the base is both a Military and Public air facility also known as MidAmerica St. Louis Airport. Scott AFB is named after Corporal Frank S. Scott, the first enlisted airman killed in a crash, and is home to both the 932d Airlift Wing of the Air Force Reserve Command and the 126th Air Refueling Wing of the Illinois Air National Guard. The primary objectives of the airport are to manage aeromedical evacuation system, command and supervise all operational support airlift in the US, and provide C-9 pilots with initial qualification training. 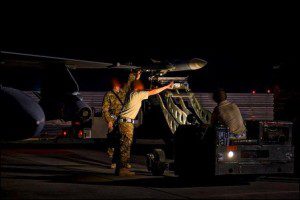 Great Lakes Naval Station is the Headquarters Command for training of the US Navy. The station is located in Lake County, North Chicago, Illinois. Established in 1911, the station has now become the largest military installation in Illinois. With 1,628 acres, it surpasses all other training centers of the Navy in terms of land area. Unlike other US Armed Forces installations, the base is one of the few that is self supporting due to the establishment of its own fire department, police department, jail, and maintenance departments. The station is now home to many tenant units, including the Recruit Training Command, the Training Support Center, and the Great Lakes Service School Command.

Enjoy the hospitality of the Lincoln state

The state of Illinois is the fifth most populous state in the United States, and it was taken into the union as the twenty-first state on December 3rd, 1818. It has been one of the major topics of debate in all social, economic, cultural and also political matters, and its largest city, Chicago, is widely recognized around the world.

The state has a vast economic hub that reaches many different industries thanks to its proximity to the Mississippi River and the Great Lakes that feed into the Atlantic. Altogether, these industries make the economic hub much more diversified. Illinois has always been a political hotspot, considering three United States presidents have hailed from Illinois. The name “Lincoln City” was a result of Abraham Lincoln’s election from the state, and has is proudly displayed on license plates as well.

The state has a very long and proud history of success in many different areas. In the northern area,  Chicago is the largest metropolitan area in the state. Its capital, Springfield, is located farther south. From there, the central areas of the state contain various farmlands that offer great agricultural produce and activities.

The first ever John Deere self-scouring steel plough, which put the company on the global map, was conceived here and it also attracted from Europe. The bottom part of the state is rich in natural resources such as coal and other minerals that have helped in maintaining the lifeline of the state. Apart from these activities, the settlement by African Americans in a large community bought about the emergence of the famous hip hop genre of which Chicago was a big part of, apart from this, many famous Hollywood films were shot in the streets of Chicago as well.

The city offers a great riverfront to the people and numerous business opportunities with various companies that are set up. The state offers great natural wonders especially in the central areas where tourists can get a hang of the country life by staying in a ranch or take a hike through the forests. 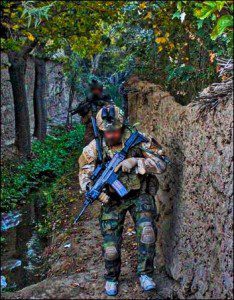 The military bases in the state have a very discreet identity, although the operations are large considering the amount of manpower and resources, one of the prominent military installations is located a few miles from Beallsville. Built in 1917 on 624 acres of land allocated to the army, the Scott Air Force base is perhaps the only base that is ever names after one enlisted individual. In this case, the first ever enlisted United States Air force pilot Frank Scott who was killed after a crash. The base is one of the most active in the regions and it houses a lot of military personnel and planes as well.

Most of the area was controlled by the army; however, there was a period when a part of the base was used by civilians; however that has now changed after the new company that took command decided to suspend all ongoing civilian operations. The base played a crucial part in the war where it served as the main hub for air ambulances, after the war the base underwent a complete overhaul with the addition of new buildings after plans were drawn up to turn the place into the headquarters; however, nothing much has happened since.