When You Need a Court Martial Lawyer in Clearwater FL

The hard-hitting court martial lawyers at Gonzalez & Waddington have gained a reputation for representing military members at Army, Navy, Marine Corps, Navy, and Coast Guard installations worldwide. If you are stationed in Clearwater FL and are under investigation for a military crime, then hiring the most aggressive court martial defense lawyer can be the difference between losing your career and family versus winning your case or saving your career. Our military criminal defense attorneys represent Clearwater FL military service members in both criminal and administrative matters to include representing service members accused of sexual assault, robbery, and other offenses under military law.

This video is a perfect example of why you must retain the best military criminal defense attorneys possible.

Unlike most civilian criminal defense lawyers or your assigned military attorney, pleading guilty is not something we commonly recommend. Our attorneys make the military to prove their case beyond a reasonable doubt. We take nearly every case to trial and fight the allegations in front of a panel.

Our high-powered military attorneys will use our skills to fight your court martial or administrative separation case in Clearwater FL.

Military service members working in Clearwater FL deserve the best military attorneys available to defend them at their court martial or ADSEP board.

If you or a family member are stationed in Clearwater FL and are suspected of a military offense such as sexual assault or if you are dealing with an administrative discharge, Article 15, show cause board, reprimand, then contact our court martial lawyers right away.

Clearwater is located in the state of Florida in the Pinellas County. Gulf of Mexico is just west of the city and Tampa Bay is 22 miles to the East. The city has 107,685 people. Clearwater is well known for its Guinness record as the city with the most days with sunshine, amazing 361 days in a single year. The city holds a marine aquarium, which is home to the famous Florida dolphins. The city is also the headquarters of Scientology. Clearwater is an amazing place for tourists as it has some of the best and cleanest beaches in the US. 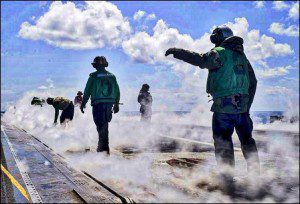 25.6 square miles of the area is land and 13.7 square miles is water. The downtown district, which is called Cleveland Street, and Clearwater Beach, which are islands, are only some of the parts of the city that make Clearwater so beautiful. In the area around the city there are two airports, which makes transportation much easier. The city is easily accessible thanks to the highway that passes nearby, and connects it to both Mid-West and all of Florida’s beautiful locations. The weather in the city is pleasant throughout the year. During winter the average temperature is 60.6 F and during summer 81.6. During winter rainfall is 2.5 inches and during summer 7 inches. During fall the average temperature is 74 F and rainfall is 2 inches. 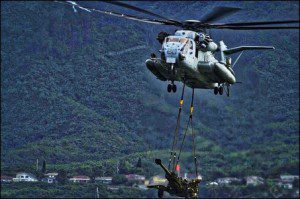 In the past it was Tocobaga people who lived in the area in which Clearwater is located. In 1842 people were given an opportunity to win 160 acres of land just by cultivating it. In addition, since the land was given by the government, one of the requirements for getting the land was that everyone who gets the land, must be able to bear arms as well. McMullen and Stevens families were one of the first to come as settlers to the city area. It is believed that the name of the city originated from the springs that can be found in the area. The first road that connected Tampa and Clearwater was built in 1849. During the Civil War most of the men from the area were fighting for the Confederation. The true development of the city didn’t begin until the nineteenth century. Soon after the railroad was built, tourism in the city began to flourish. The first newspaper ever published in Clearwater is from 1914, just when the World War I began.  During the World War II the city played a big role as a base from which the US troops could train.

The industry of the city mostly depends on tourism. Morton Plant Hospital is one of the biggest employers in the city. Other major employers are Tech Data, Honeywell and some others. As the city is progressing with each day, it needs more and more diverse and highly skilled workers. In Florida, Clearwater is considered to be one of the cities with the biggest potential. The local economy is extremely healthy, and new projects are being launched every day.

Clearwater is right next to the Coast Guard Air Station. The base was founded in 1934, and now there are about 600 support and aviation people working there. The base is home to MH-60T Jayhawk helicopters, but it also accommodates Hercules aircrafts. The base played an important role in transportation over the Atlantic. Also, during the operation Hunter the base showed how efficient it can be. The most important mission it had was when Challenger exploded. CGAS is the largest air station of the Coast Guard since 1987. Some other missions in which CGAS has managed to prove its effectiveness are Desert Storm Operation and Haiti Disaster.