When You Need a Court Martial Lawyer in Dover Delaware

The experienced military defense lawyers at Gonzalez & Waddington have developed a reputation for representing service members at military installations worldwide. If you are stationed in Dover DE and are suspected of a military crime, then retaining the most aggressive military criminal defense attorney can be the difference between losing your career and family versus winning your case or saving your career. Our military lawyers represent Dover DE military personnel in both UCMJ and administrative matters to include defending military service members accused of sex assault, larceny, and other offenses under the UCMJ.

This video is a excellent example of why you need to retain the best defense attorneys that you can find.

Unlike most civilian court martial lawyers or your free military counsel, pleading guilty is not something we commonly do. When our lawyers are retained, we compel the military to prove their case beyond a reasonable doubt. We take just about every criminal case to trial and fight the allegations in front of a panel.

Our military court martial results speak for themselves. The accused military service member and his or her well being is our primary concern. Our criminal defense lawyers keep smaller caseloads than the usual assigned military defense attorney so that we can focus on each case individually. Your trial will not be outsourced to a random lawyer and we will not bully you into pleading guilty at the eleventh hour. Our court martial attorneys have successfully contested military court martial and ADSEP cases in the United States and around the world.

Service members stationed in Dover DE deserve the best court martial lawyers available to represent them at their trial or ADSEP hearing.

If you or a family member are stationed in Dover DE and are suspected of a military offense such as sex assault or if you are facing an administrative separation, NJP, show cause board, letter of reprimand, then contact our court martial defense attorneys today. 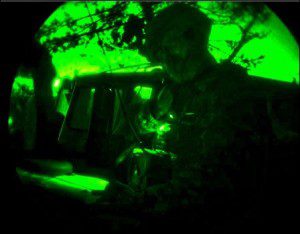 The St. Jones River runs through the city of Dover, which is one of the biggest cities in Delaware. The population of the city is 36,047. When looking at the city’s population it is interesting to see how many cultural events the city holds. Dover has a Symphony Orchestra, a Children’s Theatre, the Delaware State Archives and a museum which holds exhibits from the Colonial days. Today the Supreme Court of Delaware is placed on The Green, which is the central square in Dover.

Only 0.3 square miles of the city area is water, and 22.4 square miles is land. The city has a subtropical climate and the winters are not too harsh. There are only two weeks in the year when the temperature is somewhat around 20 F. And when it comes to snow, there isn’t much of it, and it melts really fast. Dover has hot summers but the spring is usually wet. The climate is pleasant and rainfall is equally spread throughout the year.

In 1683 William Penn founded Dover in the Kent County. The city became the capital of Delaware in 1777, when the British raiders represented a threat to the country. It is placed in the central position of the country so it has been somewhat safer than Newcastle, which was the central city until 1777. It was a few years later, in 1781 that the Delaware General Assembly decided that Dover will be the place where the assembly will stay for good. During the hard times of slavery, Dover was the Underground Railroad destination. The main reasons were Maryland, which supported the slave policy, and Pennsylvania, which was against it. 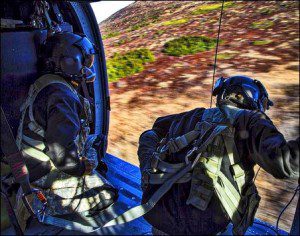 When it comes to city industry, Procter&Gamble and Kraft Foods are the biggest firms in the area. They make a big contribution to the city’s economy and employ a lot of citizens. A big part of the population works in the government or in the local Air Force Base. The ILC Dover is a big contributor to the economy, as they produce fabric which is used by the military and for aerospace. The Gatic, which is a big company in Dover, produces airtight access covers and iron gas. Paint products are made by the PPG industry. Storage cabinets are made by the Eagle Group, and Reichold Inc. produces polyester, coating, and adhesives. In the past, Dover was the center of industry. It had a coffee factory, an oil mill and a steam-powered corn mill, a candle factory and much more. Through the years, many factories were closed, but industry is still prosperous in the city. Also, in the past there were boots and shoes factories. They specialized in the producing army boots.

Southeast of the city there is an Air Force Military Base – the 436th Airlift Wing which is a part of the Air Mobility Command and the 512th Airlift Wing which is a part of the Air Force Reserve are both stationed in the AFB. The base is special because it is the biggest in the Department of Defense when it comes to dealing with those military personnel who were killed. Every dead man or woman who comes from a battlefield, come to Dover first, and then they are transferred to their families. The Dover Air Force Base had the oldest air traffic tower until 2008, when the new 128-foot tall tower was built. The old one ended up in the base museum, which is open to public. The base was constructed in 1941, just after Pearl Harbor was attacked. The base got its name after the United States Air Force was founded – before that its name was Dover Army Airfield.