When You Need a Court Martial Lawyer in Groton, CT

Our court martial defense attorneys have successfully defended service members around the world. 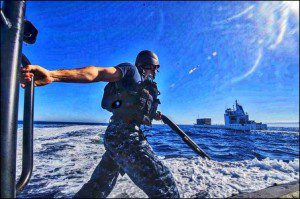 The experienced military attorneys at Gonzalez & Waddington have gained a reputation for defending military service members at Army, Navy, Marine Corps, Navy, and Coast Guard installations worldwide. If you are stationed in Groton, CT and are under investigation for a military offense, then hiring the most experienced court martial attorney can be the difference between losing your career and family versus winning your case or redeeming your career. Our military lawyers defend Groton, CT service members in both criminal and administrative matters to include defending service members suspect of of sex assault, drug offenses, and other offenses under the UCMJ.

This film is a great example of why you should select the best military attorneys available.

Unlike most civilian defense lawyers or your free military attorney, pleading guilty is not something we commonly recommend. When our lawyers take a case, we compel the military to prove their case. We take just about every criminal case to trial and fight the allegations in front of a jury.

If you or a family member are stationed in Groton, CT and are suspected of a military crime such as sex assault or if you are confronted with an admin discharge, NJP, elimination board, reprimand, then contact our court martial lawyers today.

The Groton Bank or Groton is a historical district in the town of Connecticut in United States of America. This place is located on the river Thames, and it is flanked by New London, which is located near it. There is not just the town of Groton, which plays an important tourist attraction, but it is also the Groton’s U shaped streets, which are formed by the joining of the Thames, Broad and the Monument streets, that lend a significant peculiar and distinctive flavor to Groton as a city.

Key aspects of the place

The naval submarine base located in New London: 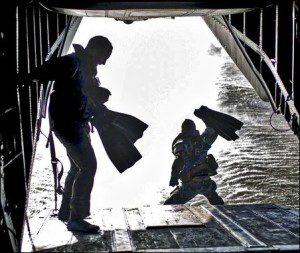 The naval submarine base in New London, Connecticut, has Groton as its exact location. In 1868, the administration of Connecticut gave almost 112 acres of land to the navy to build their base camps near Groton, CO. There is also a vast expansion of navy yard and coaling station present in Groton CO. There were many navy personnel, who left the navy yard in the years 1898 to 1900, but later on, many new recruitments were made, and the submarine stations became fully active again.
The establishment of the Atlantic fleet small craft is located in places like Groton and Ledyard, although the navy yard was heading to a state of permanent closure in the year 1912.
In the year 1915, new tenders were assigned and four new submarines were purchased for Groton CO. After the completion of the First World War, the navy started its training programs and concentrated on the military food, housing and emergency training schedules.

“Submarine Capital of the World”

In the 20th century, shipbuilding moved to the Thames River. Previously it was located on the Mystic River. Electric Boat employs the maximum number of people here. By 1931, submarine work was outsourced to other shipyards, mainly Fore River Shipbuilding. Electric Boat started its operations in Groton in 1911 after the the New London Ship and Engine Company (NELSECO) was set up as subsidiary. NELSECO manufactured submarines designed by Electric Boat from 1911-1925. The USS Cuttlefish was the first submarine manufactured in Groton in 1931. The world’s first nuclear-powered submarine USS Nautilus was launched by Electric Boat in 1954. Due to the old submarine connection and being the world’s largest submarine bases Groton is sometimes referred to as the “Submarine Capital of the World.”