Cities in Connecticut where our military defense attorneys represent service members at court martial and in administrative separations:

Military installations in Connecticut where our lawyers practice: 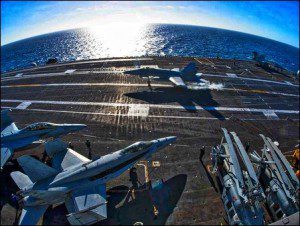 The US Coast Guard Academy is the countries foremost educational institution for training would be Coast Guard officers. The academy’s main campus is located in New London, in the state of Connecticut. Unlike the four academies of the US Armed Forces (Army, Navy, Air Force, and Marine Corps), interested students can apply for admission without having to secure a congressional recommendations.

Students are given the option to choose from seven different areas, including engineering, nautical science, and management. After graduations, cadets can either go directly into service with the Coast Guard or get a higher academic degree. The academy also give a chance to students to venture into civilian careers after finishing their studies. As of current, around 200 students graduate each year from the batches that have gone through its selection process.

The Marine Safety Laboratory is the US Coast Guard’s dedicated center for studies on marine and maritime safety. The lab regularly collects samples from various bodies of water and tests them for harmful contaminants. More specifically, the MSL is one of the main agencies of the Coast Guard that handles analysis for oil spill investigations.

The laboratory also conducts analysis of substances carried by incoming vessels. Currently located at Chelsea Street in New London, Connecticut. Parties wishing to request a study of water in their area can personally bring their sample to the laboratory or they can ask the MSL to send a representative. Request forms are available at their website. 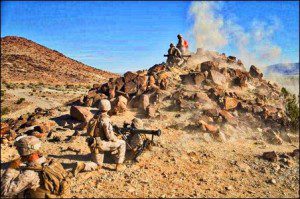 For its surface research, the center has made great headway in improving the safety of US ports from both natural and man made incidents. It has also contributed in better inspection procedures done in the ports as well as handling of incoming goods. Another particular area of interest for the Center is the improvement of search and rescue equipment and procedures.

Naval Submarine Base New London, located in Groton, Connecticut, is the primary submarine base of the US Navy. From its beginnings as the birthplace of the submarine force, it is now known by two nicknames: “Home of the Submarine Force” and “the Submarine Capital of the World.”

It is home to the Naval Submarine Medical Research Laboratory. Originally a Navy Yard, it was reestablished as a submarine base in 1916 and saw huge expansion in World War II. The introduction of nuclear powered submarines paved the way for the upgrade of the base’s training and support facilities. The base now has a land area of at least 687 acres and is the homeport of fifteen attack submarines. Other units housed in the base include the Commander Navy Region Northeast, Commander Submarine Group Two, Naval Submarine School, and the Naval Support Facility.

Knowing the Land of Steady Habits-Connecticut

Named after the Connecticut River and designated as one of the Tri-State area, Connecticut is the south most state of America. It is so called because three of its eight counties are also statistically covered under New York.   Bordered in the east by Rhode Island, in the north by Massachusetts, in the west by New York and in the south by Long Island Sound, the state of Connecticut is bisected by the river that gives it its name. Hartford is the capital of this so called ‘Constitution of State’. Major portion of southern and western region of this state, also nicknamed as the ‘Nutmeg State’, is part of metro area of New York. The population, of this so called Land of Steady Habits, is centered in Cheshire Town of New Haven County. Also called as the Provisions State, Connecticut is twenty ninth most populous state of America and also fourth most densely populated one. As per the 2010 U.S. Census, it has a population of 3,596,677

Bordered by Long Island Sound in the south, by New York in the west, by Massachusetts in the north, and Rhode Island in the east, Connecticut is a 169 towns state. The small state of Connecticut shows vast diversity of landscapes with horse farms in the mountain area of North West Litchfield Hills and in form of beaches full of marine activities shown in southeast county New London.

The most populous region of this Nutmeg State lies in the valley of Connecticut River. The state has no direct access to sea, although it has easy access to the Atlantic Ocean between Long Island Sound area and Block Island Sound area. The green belt of the state is constituted by Litchfield Green, the historic and largest district of Lebanon Green, and oldest district of Wethersfield Green.

It includes the following:

The State’s Military Department in 1939 consolidated the offices of

It is the only military force of United States authorized to work as a state functionary: Connecticut Army National Guard.