When You Need a Court Martial Lawyer in Denver, CO

Our military lawyers have successfully represented military personnel around the world. 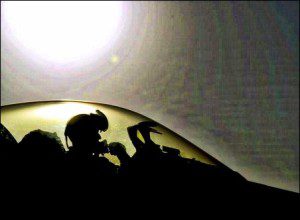 The aggressive military attorneys at Gonzalez & Waddington have gained a reputation for representing military personnel at Army, Navy, Marine Corps, Navy, and Coast Guard installations worldwide. If you are stationed in Denver, CO and are suspected of a military crime, then having the most experienced defense attorney can be the difference between losing your career and family versus winning your case or saving your career. Our court martial defense lawyers defend Denver, CO service members in both criminal and administrative matters to include representing military service members accused of sex assault, murder, and other offenses under the UCMJ.

This video is a perfect example of why you must retain the best military lawyers available.

Unlike most civilian military attorneys or your free military counsel, pleading guilty is not something we commonly recommend. When we are retained, we compel the military to prove their case beyond a reasonable doubt. We take just about every case to trial and fight the allegations in front of a panel.

Our military court martial outcomes are clear. The accused service member and his or her desired outcome is our main concern. Our court martial attorneys keep smaller caseloads than the average appointed defense lawyer so that we can concentrate on every case individually. Your trial will not be outsourced to a third party and we will not coerce you into a guilty plea at the last minute. Our criminal defense attorneys have successfully defended military court martial and ADSEP cases in the U.S. and worldwide.

Our experienced military attorneys will use our experience to defend your court martial or administrative separation case at Denver, CO.

If you or a family member are stationed in Denver, CO and are accused of a military offense such as sex assault or if you are facing an administrative separation, NJP, show cause board, reprimand, then call our court martial defense attorneys today.

Denver, Colorado: The hottest and the most happening city

Located in the South Platte River valley, Denver is the most populous city and the municipalities of Colorado and is also its capital. Denver CO is also the most populous county in the entire Colorado, as seen from the 2014 census reports prepared by the Unites States Census Bureau.

Historical Background of the City

Military Air Force Base In Colorado

Denver CO is home to precisely six military bases, which serve the needs of internal security and external safety of the United States. There is an air force academy or the AFB in Colorado, which is also the place for training programs for the military personnel. They are taught emergency skills to combat national and international emergencies like external aggressions, war and threats to the national and global security systems.

There are many retired men from the USAF, who live in the barracks and the army lodges in the Denver, Colorado area. The north end specially has houses for them, and in the most basic sense of the term, the Denver CO military base is the home ground for the air force personnel.

The climate and the economic conditions, as well as the secure and safe environment allow most army people to retire and live in Denver CO. Crime rate is low here as compared to the other cities of America. Apart from this, there are missile testing and evaluation centers, search centers for army and air force people, and also facilities for emergency military training.