When You Need a Court Martial Lawyer in Aurora, CO

Our criminal defense lawyers have successfully represented military personnel around the world. 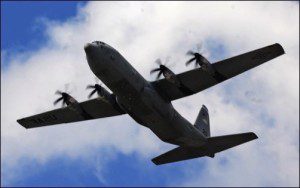 The hard-hitting court martial defense attorneys at Gonzalez & Waddington have gained a reputation for defending military personnel at military installations worldwide. If you are stationed at Aurora, CO and are under investigation for a military crime, then retaining the most aggressive defense attorney can be the difference between losing your career and family versus winning your case or redeeming your career. Our military lawyers defend Aurora, CO military personnel in both criminal and administrative matters to include representing military service members suspect of of sex assault, drug distribution, and other offenses under military law.

Discover Aurora, the Municipal City of Colorado and its Military Affiliations

Aurora is a splendid city that is often considered the gateway to the sunrise city of Colorado. In literature, we get examples of the Goddess Aurora, as the goddess of dawn, who blessed the mortal Tithonus with the boon of immortality. Hence, the city of Aurora stands for the rejuvenation of the soul.

This film is a great example of why you must select the best military defense lawyers available.

Unlike the majority of civilian court martial defense lawyers or your assigned military lawyer, pleading guilty is not something we commonly recommend. When our lawyers are retained, we compel the military to prove their case. We take nearly every criminal case to trial and fight the allegations in front of a panel.

Our military court martial victories speak for themselves. The suspected military service member and his or her well being is our main concern. Our military criminal defense attorneys maintain smaller caseloads than the usual assigned military attorney so that we can focus on each case on an individual basis. Your trial will not be outsourced to a third party and we will not power you into a guilty plea at the last minute. Our criminal defense attorneys have defended military court martial and ADSEP cases in the United States and worldwide.

Our law firm’s founding lawyer, Michael Waddington, is a member of the American Board of Criminal Lawyers, the most prestigious legal groups made up of some of the best criminal defense attorneys in the country. Membership is by invitation only and is limited to extremely qualified criminal defense lawyers that have at least 10 years of experience representing criminal clients.

Call today to speak with an experienced court martial attorney.

Military personnel stationed at Aurora, CO deserve the best court martial defense lawyers available to defend them at their court martial or administrative separation board.

If you or a family member are stationed at Aurora, CO and are accused of a UCMJ crime such as sex assault or if you are facing an admin discharge, NJP, show cause board, letter of reprimand, then contact our military lawyers today. 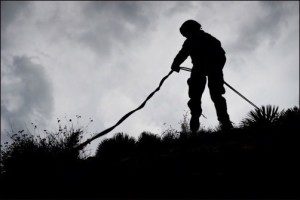 Historical facts reveal that Aurora originated during 1880, when the town named Fletcher derived its name from a businessman in Denver, whose name was Donald Fletcher. However, Fletcher who first considered it a a promising reality market later skipped town and left the community under a heavy water debt. The people of the place renamed it to Aurora in 1907, after a subdivision in the town. Gradually, Aurora became the fastest-growing city in the US in the late 1970s and early 1980s.

Aurora CO is the third most populous city in the whole Colorado region, and the final south eastern portion of Aurora CO extends to the Douglas county side. The type of government that operates here is the Home Rule Municipality, which encircles the large span of the Arapahoe and the Adams counties.

According to the United States Census Bureau, the population of this place as recorded during the 2010 census was 325,078. This makes Aurora the third most populous city of Colorado and the 56th in the United States.

The Military Base at Aurora Colorado