When You Need a Court Martial Lawyer in San Jose CA

Our court martial defense attorneys have successfully represented military personnel around the world.

The hard-hitting court martial attorneys at Gonzalez & Waddington have developed a reputation for representing military personnel at military installations worldwide. If you are stationed in San Jose CA and are suspected of a military crime, then retaining the most aggressive criminal defense lawyer can be the difference between having your rights trampled versus winning your case or redeeming your career. Our court martial lawyers represent San Jose CA military personnel in both criminal and administrative matters to include defending service members accused of sexual assault, murder, and other crimes under military law.

This video is a perfect example of why you should hire the best defense lawyers that you can find.

Unlike the majority of civilian military defense lawyers or your free military counsel, pleading guilty is not something we commonly recommend. We force the military to prove their case. We take nearly every criminal case to trial and fight the allegations in front of a panel.

Our military court martial victories speak for themselves. The suspected service member and his or her desired outcome is our primary concern. Our military defense lawyers maintain lighter caseloads than the average free military attorney so that we can concentrate on every trial individually. Your case will not be outsourced to a third party and we will not bully you into pleading guilty at the eleventh hour. Our military criminal defense lawyers have contested military court martial and administrative separation cases in the United States and around the world.

If you or a loved one are stationed in San Jose CA and are accused of a UCMJ crime such as sex assault or if you are facing an admin separation, Article 15, elimination board, reprimand, then call our military lawyers right away. 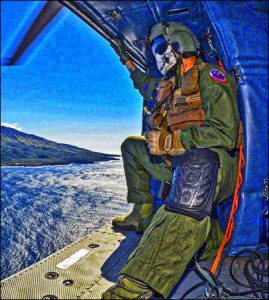 A Few Highlights of San Jose

Some geographical features of the city

The naval base near San Jose, CA