When You Need a Court Martial Lawyer in Rosamond CA

Our military defense attorneys have successfully represented service members around the world.

The hard-hitting military criminal defense lawyers at Gonzalez & Waddington have developed a reputation for representing military personnel at military installations worldwide. If you are stationed in Rosamond CA and are accused of a military crime, then hiring the most hard-hitting criminal defense attorney can be the difference between spending decades in prison versus winning your case or saving your career. Our defense attorneys represent Rosamond CA military personnel in both criminal and administrative matters to include representing military service members accused of sexual assault, murder, and other crimes under military law.

Unlike the majority of civilian court martial defense attorneys or your free military lawyer, pleading guilty is not something we do often. Our lawyers compel the military to prove their case beyond a reasonable doubt. We take almost every case to trial and fight the allegations in front of a jury.

Our experienced military defense lawyers will use our skills to defend your court martial or administrative separation (ADSEP) case at Rosamond CA. Military service members stationed at Rosamond CA merit the best military defense lawyers possible to defend them at their court martial or administrative separation proceeding.

If you or a family member are stationed in Rosamond CA and are suspected of a military offense such as sexual assault or if you are confronted with an administrative discharge, NJP, elimination board, reprimand, then call our military defense attorneys now. 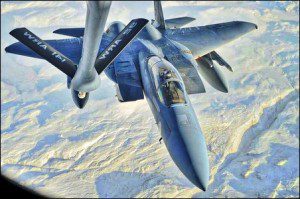 Rosamond in California is not just a tourist attraction, which has a lot of travelers all throughout the year, but this place is also important for its strategic and defensive forces stationed at the military base near it. In the Kern county side, you can find this census designated place or the CDP. Rosamond CA lies at approximately 32 km to the Northern part of Palmdale, as part of the Antelope Valley.

Air Force Base near Rosamond, CA

The United States Air Force installation has made the Edwards Air Force Base near Rosamond, one of the most prominent military bases in California. This particular air force base is located to the north eastern part of Lancaster and almost fifteen miles to the eastern direction of Rosamond, CA. as a popular air force test center, the Edwards Air Force Base is treated as a platform for excellence, which plays a commendable role in the defensive strategies of the country. This air force base conducts research and evaluation of air force testing, Air Force Test Pilot School, and the exact examination of air force combat tools and their implementation.

The Edwards Air Force Base was initially known as the Muroc Air force base and the name Edwards Air Force Base derived its name from the famous Captain Glen Edwards. The location of this air force base is very significant as it has the desert salt pan whose dry and rugged highland surface provides ample space for the Edwards runways. Apart from this, the base also serves as a platform for testing almost every aircraft, starting from the time of the Second World War.

This video is a excellent example of why you need to retain the best court martial lawyers that you can find.