When You Need a Court Martial Lawyer in Petaluma CA

The experienced military attorneys at Gonzalez & Waddington have earned a reputation for defending military members at military installations worldwide. If you are stationed in Petaluma CA and are accused of a military crime, then hiring the most aggressive military criminal defense attorney can be the difference between spending decades in prison versus winning your case or saving your career. Our criminal defense lawyers represent Petaluma CA service members in both criminal and administrative matters to include representing service members suspect of of sexual assault, larceny, and other offenses under the UCMJ.

This film is a perfect example of why you need to select the best criminal defense lawyers that you can find.

Unlike most civilian defense lawyers or your free military counsel, pleading guilty is not something we commonly recommend. Our lawyers compel the military to prove their case. We take just about every criminal case to trial and fight the allegations in front of a panel.

Our military court martial victories speak for themselves. The suspected service member and his or her future is our primary concern. Our military criminal defense attorneys keep lighter caseloads than the typical free military lawyer so that we can concentrate on every client on an individual basis. Your trial will not be outsourced to a third party and we will not bully you into pleading guilty at the last minute. Our military lawyers have successfully contested military court martial and administrative separation (ADSEP) cases in the U.S. and worldwide.

If you or a family member are stationed in Petaluma CA and are suspected of a military offense such as sex assault or if you are facing an admin discharge, NJP, elimination board, letter of reprimand, then contact our military lawyers today.

Petaluma is a city located in Sonoma County in California, USA. A major tourist attraction and a historic landmark of this place is the Rancho Petaluma Adobe. Petaluma means hill backside  indicating its proximity to Sonoma Mountain. It is located 64 km from San Francisco.

The US Coast Guard Training Center in Petaluma 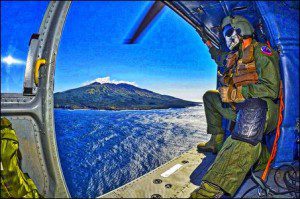 The US Coast Guard Training Center is located in Petaluma, in the Northern counties of California, namely, Sonoma and Marin. The training center is located at a distance of about 14 kilometers to the West of Petaluma. This place occupies more than 800 acres of land area, including more than approximately 125 housing units that have army personnel and their families living in them.

Apart from this, there are also schools for course design and development of instructors and professional masters.