When You Need a Court Martial Lawyer in Oceanside CA

The experienced military defense attorneys at Gonzalez & Waddington have gained a reputation for defending military personnel at military installations worldwide. If you are stationed in Oceanside CA and are suspected of a military crime, then hiring the most hard-hitting court martial lawyer can be the difference between losing your career and family versus winning your case or saving your career. Our defense lawyers represent Oceanside CA service members in both criminal and administrative matters to include defending military service members suspect of of sex assault, larceny, and other crimes under military law.

This video is a perfect example of why you need to retain the best military defense attorneys that you can find.

If you or a family member are stationed in Oceanside CA and are accused of a military crime such as sex assault or if you are facing an administrative separation, NJP, elimination board, reprimand, then contact our military defense attorneys right away.

Oceanside California: A coastal town with impeccable military base camp 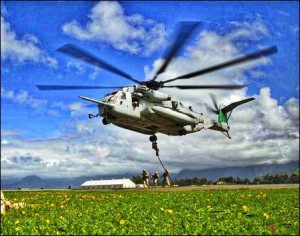 Among the most notable coastal towns, which enjoy a combination of maritime as well as temperate climate, Oceanside, CA attracts a huge number of visitors during the tourist seasons, largely due to its geographical and tourist destinations, and also due to its strategic military base located nearby. This is the third largest city in the San Diego County, located to the Southern region of Marine Corps Base Camp, Pendleton. It is notable how in the initial halves of the twentieth century, the city of Oceanside was known largely as a beach town, due to the large stretch of beaches that dotted the geographical area.

This place was historically inhabited by the Native Americans. In the early parts of the 19th century, grazing and farming activities were introduced in this town. Oceanside, CA, has become home to major US armed forces personnel, especially after the establishment of the Marine Corps Base Camp, Pendleton. During the Second World War, and also during the 1950s, this place was an ammunition-manufacturing area, which supplied arms and ammunitions to the US forces. Oceanside, CA is most popularly known as a vacation home market for several individuals and even for large companies.

A brief history of the serene and classic beachside community

Contribution of the base during the Korean War 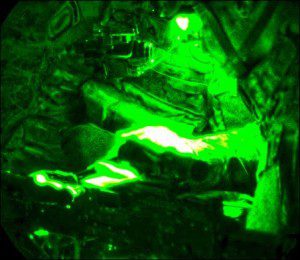 When the Korean War started, more than 20 million dollars were used as expenditure to fortify and upgrade the condition of the Pendleton military base camp near Oceanside. The training groups and army men for the Korean War and the Vietnam War were mainly trained in this Pendleton base camp.

Several people from Vietnam were evacuated during the Vietnam War in 1975. The Pendleton Base provided for a platform named as Operation New Arrivals for those evacuees who had no food or shelter to live.

Initially, the Pendleton Camp had small tents, but now it is fortified with large buildings, and long serpentine roads are also there connecting one part of the military camp to another. Since August, 2004, this military base near Oceanside, CA, has been one of the five chosen locations of the Department of Defense, which has been instructed to operate the Standard Terminal Automation Replacement System.

Oceanside military base was once supported by a major coastal land, connected by an estuary. One can also find floodplains and coastal dunes in this area.

Unlike the majority of civilian military criminal defense attorneys or your assigned military counsel, pleading guilty is not something we do often. Our attorneys make the military to prove their case. We take just about every case to trial and fight the allegations in front of a jury.

Our military court martial victories are clear. The accused service member and his or her future is our main concern. Our criminal defense lawyers keep smaller caseloads than the usual assigned military attorney so that we can concentrate on every client on an individual basis. Your trial will not be outsourced to a third party and we will not power you into taking a dive at the eleventh hour. Our court martial lawyers have fought military court martial and administrative separation cases in the United States and globally.