Our military attorneys have successfully represented service members around the world.

The experienced court martial attorneys at Gonzalez & Waddington have earned a reputation for defending military service members at Army, Navy, Marine Corps, Navy, and Coast Guard installations worldwide. If you are stationed in Joint Base McGuire-Dix-Lakehurst and are accused of a military crime, then hiring the most hard-hitting military attorney can be the difference between having your rights trampled versus winning your case or saving your career. Our military lawyers represent Joint Base McGuire-Dix-Lakehurst service members in both UCMJ and administrative matters to include defending military personnel accused of sexual assault, murder, and other crimes under the UCMJ.

This film is a excellent example of why you should retain the best military defense lawyers that you can find.

Unlike most civilian military defense attorneys or your assigned military lawyer, pleading guilty is not something we commonly do. We compel the military to prove their case beyond a reasonable doubt. We take nearly every criminal case to trial and fight the allegations in front of a panel.

Our military court martial outcomes are clear. The suspected service member and his or her future is our chief concern. Our military criminal defense lawyers maintain smaller caseloads than the typical free defense lawyer so that we can focus on every case individually. Your case will not be delegated to a third party and we will not coerce you into a guilty plea at the eleventh hour. Our criminal defense lawyers have defended military court martial and administrative separation cases in the U.S. and globally.

Our hard-hitting court martial lawyers will use our skills to defend your court martial or administrative separation (ADSEP) case in Joint Base McGuire-Dix-Lakehurst.

Service members working in Joint Base McGuire-Dix-Lakehurst deserve the best court martial defense attorneys possible to represent them at their court martial or administrative separation (ADSEP) board.

If you or a family member are stationed in Joint Base McGuire-Dix-Lakehurst and are suspected of a UCMJ offense such as sexual assault or if you are facing an administrative discharge, Article 15, elimination board, reprimand, then contact our military attorneys immediately. 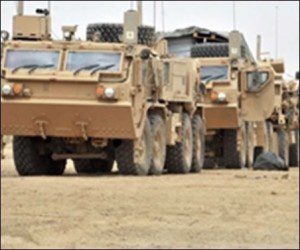 Members of the armed forces of the United States should be proud of the fact that they are risking their own lives in order to serve the nation. However, it is not always an easy task and one is bound to face several challenges over time. The news is full of pieces on misdemeanors that go on inside military barracks, as a result of which the government has taken very strict action in all its bases. This also means that the regulatory authorities and individuals are more careful about what is going on and it is possible for a person to face very severe action even for a very small mistake or infraction. If you find yourself in such a situation, you should enlist the help of Gonzalez and Waddington, who are bound to pull you out of murky waters.

Brief Background of the Joint Base MDL

The Joint Base McGuire-Dix-Lakehurst is commonly referred to as the Joint Base MDL. This is situated near New Jersey. Since it is a joint base, it combines the forces of the Army, Air Force and the Navy – the resources and personnel of the Army Fort Dix, McGuire Air Force Base and the Naval Air Engineering Station Lakehurst have come together. The Joint Base MDL was formed in 2009 by merging the three military bases together, making this base one of 12 joint bases, as per the recommendations presented in the Base Realignment and Closure Commission in 2005.

The Joint Base MDL is also home to the 87th Air Base Wing, the 305th Mobility Wing, the 108th Refueling Wing, the USAF Expeditionary Center, the 621st Contingency Response Wing, the 21st Expeditionary Mobility Task Force and 514th Air Mobility Wing. The base also has C-17A Globemasters and KC-10 Extenders, which are used to transport cargo and troops and to help in refueling wherever the troops have been deployed for their missions.

Current Life at the Joint Base MDL 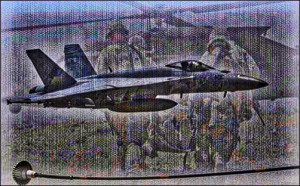 The Joint Base MDL recently made the news when a tech sergeant was charged and arrested for harming children’s welfare. The charges brought forth against him were concerned with the possession of child pornography and spreading it around to others.
The United States armed forces have taken strict action against such individuals. However, the severity of their rules also means that sometimes innocent individuals have been charged for crimes that they did not actually commit.

Legal Help at the Joint Base MDL

Because of the aforementioned reason, it is possible that you may find yourself the victim of very long and drawn out legal proceedings even though you are not actually at fault. For example, it is possible for a person to have been charged for manslaughter, assault, sexual assault or rape. Charges could also be raised on minor infractions, such as misdemeanors. In this case, it would be extremely beneficial for the actively serving members at the Joint Base MDL to have the legal help and support of trained and experienced legal experts such as Gonzalez and Waddington.

Such legal experts can help you prove your innocence and prevent your record from getting tainted, as this could have a severe negative impact on your personal life and professional life. Therefore, it is necessary to take aggressive action with the right kind of help.