Kadena Air Base was established in 1945, around the end of the Battle of Okinawa, and has been operated by the United States Air Force until today. It is located in Okinawa Prefecture particularly in Kadena and Chatan towns within the city. As home of the US Air Force largest combat fleet 18th Wing, the base has been the center of the US airpower in the Pacific and other associate units including the 353rd Special Operations Group, 82nd Reconnaissance Squadron, 733rd Air Mobility Squadron and 390th Intelligence Squadron.

The Marine Wing Liaison Kadena or MWLK, a logistics and liaison unit that’s part of the III Marine Expeditionary Force and 1st Marine Aircraft Wing, is also based at the Kadena Air Base. Currently, there are approximately 4,000 Japanese personnel and 18,000 Americans that are based in the station divided into different groups under the 18th Wing. Other units host units are the United States Navy, agencies from the Department of the Defense as well as major commands of the Air Force. 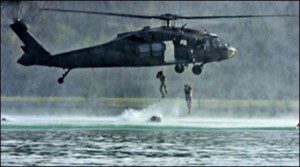 separations, and non-judicial punishment for service members, Gonzalez & Waddington, LLC can help servicemen who formerly served at Kadena Air Base for any legal service needs.