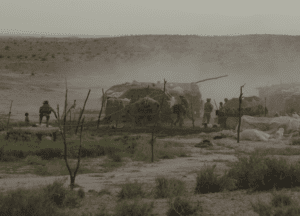 SAN DIEGO (Reuters) – The judge in the court-martial of a Navy SEAL platoon leader accused of war crimes in Iraq is weighing defense motions to dismiss the charges or otherwise remove the lead prosecutor and possibly the judge himself from the case.

Arguments on the motions, based on defense accusations of prosecutorial misconduct, were originally slated for Wednesday, but the judge postponed the proceeding until Thursday at the request of the defense.

The hearing comes 11 days before Special Operations Chief Edward Gallagher is due to go on trial charged with killing a helpless, wounded Islamic State fighter in his custody and of shooting two unarmed civilians, a schoolgirl and an elderly man.

The case, being conducted at U.S. Naval Base San Diego, has attracted the attention of President Donald Trump.

Pre-trial proceedings for the past month have focused on contentions by Gallagher’s attorneys that prosecutors and their investigators illegally snooped on the defense and reporters covering the case.

Gallagher, 39, a decorated career combat veteran, has pleaded not guilty to all charges, including premeditated murder, two counts of attempted murder and obstructing justice.

He asserts that he is wrongly accused and that fellow SEAL team members testifying against him, several under grants of immunity, are disgruntled subordinates who fabricated allegations to force him from command.

His defense team has argued that the case should be dismissed altogether on grounds of alleged misconduct by the Navy prosecutor, agents of the Naval Criminal Investigative Service (NCIS) and the presiding judge.

The defense specifically has accused Navy lawyers of conducting illegal surveillance of defense attorneys and news media by way of electronic tracking software secretly embedded in emails sent to the defense.

In court, prosecutors have said the email “auditing tools” they used were designed merely to detect the flow of emails without revealing their content, and were aimed at pinpointing the source of leaks from case files sealed by the judge.

The judge, Navy Captain Aaron Rugh, has said he did not ask for or order any such surveillance, but the defense contends he was apparently aware of it, calling into question his impartiality.

Parlatore said such “undue command influence” over the judge bolsters his arguments for throwing out the case.

Barring an outright dismissal, the defense is asking that the lead prosecutor, Commander Christopher Czaplak, be disqualified from the case. He also has entered a motion potentially seeking recusal of the judge.

If those motions are denied, and the case otherwise remains on track, jury selection is set to start on June 10. The trial originally had been due to start last week but was postponed over the misconduct allegations.

Trump weighed in on the case publicly in March, when he ordered Gallagher moved to less restrictive pre-trial confinement “in honor of his past service to our country.”

Last Friday, Trump said he was considering pardons for two or three American servicemen charged with war crimes, but might wait until they stood trial before deciding.

Trump did not name the cases in question. But the case of Gallagher, whose defense team includes a Trump personal lawyer, Marc Mukasey, is believed to be among those under review.