Japan Bans All U.S. Troops in Okinawa from Drinking After Fatal Suspected DUI

Japan has reportedly confined all U.S. troops in Okinawa to their base and off-base residences in addition to prohibiting them from purchasing or consuming alcohol after one of their fellow Marines allegedly killed a local man while believed to be intoxicated. 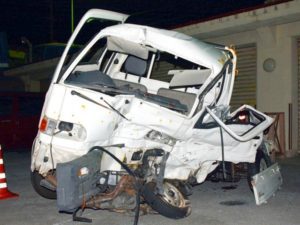 “When our service members fail to live up to the high standards we set for them, it damages the bonds between bases and local communities and makes it harder for us to accomplish our mission,” declared U.S. Forces Japan in a statement Sunday. “We are committed to being good neighbors with our host communities.”

Lt. Gen. Lawrence D. Nicholson, commanding general of Marine Forces Japan, expressedhis “deepest regret and sincere condolences” to the Okinawan victim’s family, noting that the Marine Corps was cooperating fully with local law enforcement and would “take every possible step to keep this from happening again.

Military punishment for a DUI can range from “a court-martial” to “a letter of reprimand,” among other forms of reprimands, according to legal experts.