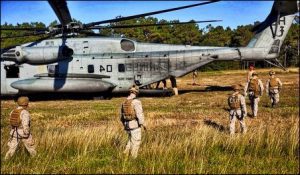 A former U.S. Marine lieutenant who has accused Air Force Lt. Joshua Seefried of sexually assaulting him in a New York hotel room in 2012 testified at a pre-court martial hearing for Seefried on Monday that he has served recently as a military trainer in forums about sexual assault.
The former Marine testified that he served as a panelist in military forums addressing the issue of sexual assault in the military prior to his discharge from the Marines last year, which he said was based on his decision not to re-enlist for another term. The former Marine discussed his role as a trainer and occasional speaker on sexual assault issues in response to questions by Seefried’s attorney, Richard Stevens.
Stevens didn’t say why he raised the issue of the former Marine’s role as a trainer on the subject of sexual assault during the part of the hearing that was open to the public.

Air Force prosecutors have charged Seefried, who in 2010 cofounded the LGBT military group OutServe, of engaging in wrongful and abusive sexual conduct and forcible sodomy. The charges stem from accusations by the former Marine that Seefried allegedly performed sexual acts on him in Seefried’s New York hotel room while the then Marine was intoxicated and unable to give consent.

During an April 4 arraignment for Seefried’s case, his military attorney disclosed that Seefried had submitted a request to resign from the Air Force in lieu of a court martial, but the attorney, Capt. Allen Abrams, didn’t disclose the response to that request. Sources familiar with the case, however, said Air Force prosecutors and Burke agreed to the resignation request but were overruled by Air Force Secretary Deborah Lee James, who insisted that the case go to court martial, which has been scheduled to begin on Aug. 22.