Salvadorian Soap Opera: a Green Beret, a Communist Dictator, & a Housekeeper Client Acquitted after SJA Rejects Offer to Resign with an OTH Discharge 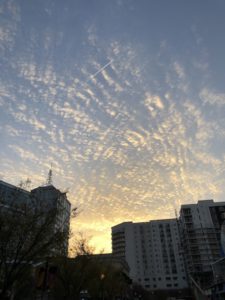 The morning of closing arguments outside of my hotel in Virginia Beach Town Center.

Our client was a mobilized Navy Reserve Chief (Chief X). He was assigned to a sexual assault task force. When he arrived at his unit, Chief X met a female Chief, (“Chief Victim”). They immediately began a sexual relationship. At the time, Chief Victim was married. However, she told our client and everyone in the unit that she was divorced. Meanwhile, she was collecting BAH. During the affair, Chief Victim was trying to become a Naval Officer. While she was committing adultery, her officer application was being processed.

Six weeks into the affair, our client dumped Chief Victim.

The breakup caused problems in the office as people spread rumors and took sides. Many of the females in the office shunned our client. Four months after he dumped her, Chief Victim accused our client of sexual assault. She claimed that he attacked her in the middle of the night as she slept.

Chief Victim then convinced her best friend, another E-7, to join in the investigation, as a second “victim.”

The second woman told NCIS that our client sexually assaulted her at a dance club.

NCIS launched an investigation and spent most of their time trying to find more women to accuse our client. They did not look into the history of the alleged victim. Instead, they tried to entrap our client with a recorded phone call and texting. 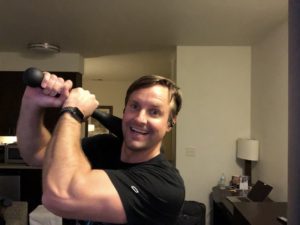 Working out with Onnit.com Steel Clubs after court. Swinging the heavy clubs relieve stress and help me focus during hard-fought cases.

Leading the charge was an overzealous Marine prosecutor with a flat top and a constant scowl. (Note: In 2016, Mr. Waddington did battle with this same Marine prosecutor on another case. In that case, the Judge dismissed the case for Unlawful Command Influence.)

In this case, NCIS and the prosecution spent 2 years smearing our client’s name. They interviewed dozens of women, trying to get them to accuse Chief X of crimes. Then, they targeted our client’s family. The prosecutor and his minion paralegal injected themselves into our client’s child custody case. The custody case had nothing to do with the NCIS investigation.

To hurt our client, the Marine prosecution team improperly fed Chief X’s ex-wife confidential information from the NCIS report, much of which was false or in dispute. His ex-wife was not entitled to this information. But, she used it to get the upper hand and blocked Chief X from seeing his young son for 18 months.

As our client’s life was torn apart, Chief Victim got commissioned as a Naval Officer. The Navy forgave her adultery, lying, and other misconduct.

All this time, Chief X had faith in the system. After 22 years of unblemished service, he thought the Navy would “do the right thing.” He was wrong.

After a lengthy investigation, the Navy charged our client with sexual assault, assault, obstruction of justice, and other charges. The case was referred to a Special Court Martial which lowered the max to 1 year and a BCD. At this point, they planned to convict him and take his retirement.

Then, the Navy gave our client a Coast Guard lawyer with almost no experience as a defense lawyer. This lawyer told Chief X that he had no chance of success at trial and tried to force him to plead guilty.

This Coast Guard lawyer was the prosecutor from US v. Josi, a case that Mr. Waddington successfully defended in 2017. In that case, she committed UCI when she conspired with CGIS to put a key defense witness on the Terrorist No Fly List. They did this by intentionally giving the US State Department false and misleading information. Their goal was to prevent the witness from flying to the USA to testify in our client’s defense. Here is the Judge’s ruling in that case. The witness then sued the US Government. Here is the link to that case.

Finally, in Sept 2017, Chief X hired our firm. The first thing we told him to do was to fire his Coast Guard defense lawyer. 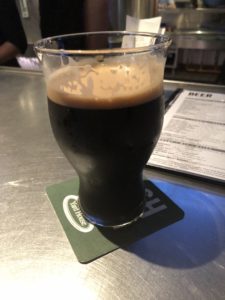 Celebrating our victory with a beer at the Yard House in Virginia Beach, VA.

Then, the Navy assigned LT Claire Rumler and LT Justin Bass to defend Chief X along with Mr. and Mrs. Waddington. Rumler and Bass were smart, aggressive, and motivated to fight. Together, we mounted a hard-hitting defense that exposed the Government’s witch hunt. Meanwhile, the Marine prosecutor was replaced with a new Marine prosecutor.

The Destructive Power of Cross-Examination

At trial, Mr. Waddington hammered the prosecution’s witnesses on cross-examination. We exposed their lies and NCIS’s incompetency. Through cross-examination, we showed how the corrupt command targeted our client.

After battering the prosecution for two days, their case was in tatters. The defense called no witnesses, presented no evidence, and rested.

The jury deliberated for 80 minutes and acquitted our client of all charges.

Finally, Chief X can return home and raise his son.